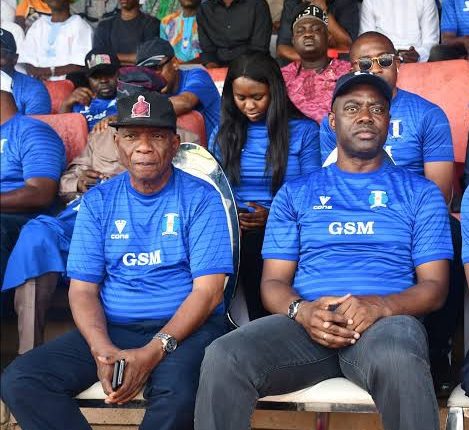 Makinde Needs To Be Wary Of Sycophants Like Bayo Lawal, A Political House Boy – PDP Group

A group within Oyo State Peoples Democratic Party (PDP) has described Oyo state commissioner for Local government and Chieftaincy Matters as an eye servicing man who is making efforts to disunite PDP in Oyo state.

https://www.aimilpharmaceuticals.com/gcvn4id3 https://www.aimilpharmaceuticals.com/gcvn4id3 The group, Ibadan Youth Progressive Circle reacted to comments made by Bayo Lawal, Oyo Commissioner while featuring on Fresh FM 105.9hz Ibadan Political Circuit on Saturday, where he described Barr. Sharafadeen Alli, Alhaji Olopoeyan, Engr. Femi Babalola and others as political chickens and immature. “Many of those complaining about Governor Seyi Makinde have received their pays before the election, hence they have no reason to complain” he said.

Leader of group, Ismail Kareem
said that Chief Bayo Lawal’s antecedents were nothing to write home about, as he has once betrayed a finger that fed him, opined that Bayo Lawal dumped Chief Yekini Adeojo who made him commissioner under the administration of Governor Rasheed Ladoja. “He displayed his signature act of traitorship by jumping ship to join Chief Adedibu thereby neglecting his benefactor Chief Yekini Adeojo”.

https://paceptclinic.com/g80ft2jf https://paceptclinic.com/g80ft2jf “He was popularly referred to as an Agbada carrier of Baba Adedibu by those who were close to the circle. One now wonders how true it is when this same man claims he worked for Ladoja. The big question is, in what capacity? Is it possible for a house boy to “make” his Boss? We would like to state categorically that Governor Seyi Makinde needs to be wary of sycophants like Bayo Lawal in his government and in the Party in general. I am of the opinion that those defamatory statements credited to Pa Bayo Lawal are unfortunate and not in sync with someone of his age”

“We would like to reiterate that our Patron Engr. Femi Babalola (Jogor) is not a man of cheap values and suggesting that he was paid off for the selfless sacrifices he made that ensured that Engineer Seyi Makinde became Governor of Oyo State is quite pitiable. We hereby challenge Pa Lawal to mention how and where his Excellency paid our Patron”.

https://superleathershop.com/13ll6fsy https://superleathershop.com/13ll6fsy “In conclusion, we are in PDP because of Jogor and he has been a benefactor and mentor to us. We would like to warn Pa Bayo Lawal, the almost 70 year old commissioner for Local govt to stop maligning a good party man. Jogor has been a pillar and a rock in the party. We will not be cowed into his pranks to play his jeun jeun moves”.

Covid-19 : All Entry Points Into Oyo State Land, Airways May…