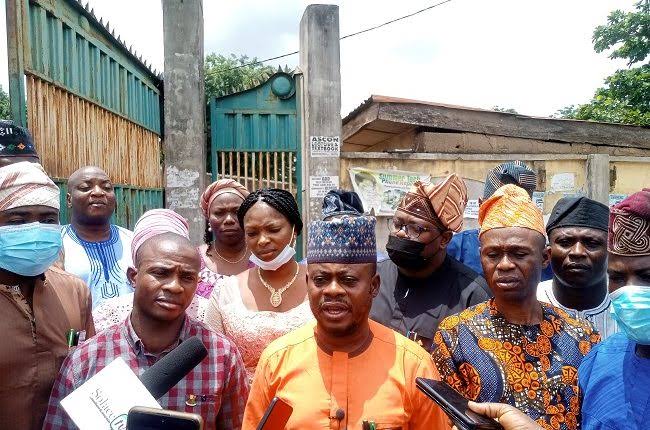 The Oyo State Governor, Engr. Seyi Makinde has directed the local government chairmen in the state to get approval for N2million from the commissioner for local government and chieftaincy matters, Chief Bayo Lawal before embarking on such project.

Westerndailiynews gathered that this was contained in administrative procedure for all local government councils and local council development areas of of the state.

“Chairmen shall have approved spending limit of N500,000 on recurrent expenditure at a time. All contract exceeding N2million shall be considered by the Hon. Commissioner for local government and chieftaincy matters.

“Expenditure exceeding N10millon are to be referred to the executive governor through the commissioner for local government and chieftaincy affairs. Chairmen are authorized to draw a maximum of N1million as security votes.”

The procedure was said to be the one delaying the state elected Local Government Chairmen from executing some of their major projects in their council areas.

Westerndailynews observed that the procedure was noticed no adjustment was made with the procedures used for the last caretaker chairmen under the current administration.

According to the guidelines, a local government chairman is curtailed with a spending limit of Five Hundred Thousand Naira ( # 500.000.00 ) on recurrent expenditure at a time.

In the guideline, all the executive chairmen were also directed to the commissioner for local government and chieftaincy matters, Chief Bayo Lawal for considerations and approval of all contracts exceeding  two million naira (N2, 000, 000. 00 ).

Makinde in the approved spending guideline for councils ordered the chairmen to refer spending of N10,000,000.00 to him through the Chief Bayo Lawal, the commissioner for local government and chieftaincy matters for a decision.

In addition, the chairmen had gotten the go ahead to draw a maximum of One Million Naira ( N1, 000,000 ) as security vote monthly while also the amount can be exceeded only if governor Makinde permitted.

The procedure said security vote can only be spent generally towards enhancing security of the local government.

Oyo PDP Hails Makinde On Remodeling Of Ademasingba Stadium, Says He Is Truly The Engineer Of Modern Oyo State