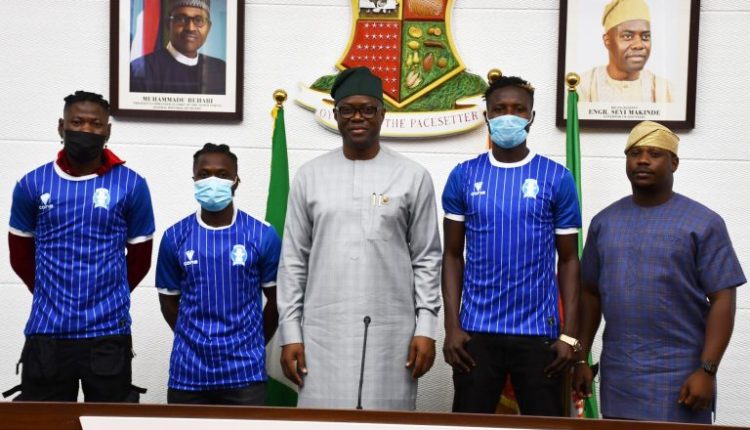 Governor Makinde has also promised upward review of the monthly subvention of Shooting Stars Sports Club 3SC with effect from February this month.

He made the announcement while unveiling newly recruited players of the club at the Agodi Governor’s office,Ibadan.

Speaking with members of management of the team led by Mr Dimeji Lawal, Governor Makinde pledged his unflinching support to the Oluyole warrior noting that the review would assist the team.

The Governor who commended the team on its victory over Heartland FC of Oweri, urged it and its new signings to secure continental ticket for their teaming fans.

He however pledged to do everything humanly possible to support the family of the former General Manager of the team, Late Rasheed Balogun.

Earlier, the state commissioner for Youth and Sports, Seun Fakorede, thanked the governor on his efforts to make the team relevant, promising that the team’s aspirations shall be achieved at the end of the season.

The new acting General Manager, Dimeji Lawal, pledged to justify the confidence that the Governor reposed in him to take the club to the next level.

Highlight of the event was the unveiling of Czech Republic based Player, Sunday Faleye, two Katsina United players, Acreche Sunday and Niyi Adekunle, while a minute of silence was observed for the departed soul of the team General Manager, Rasheed Balogun.