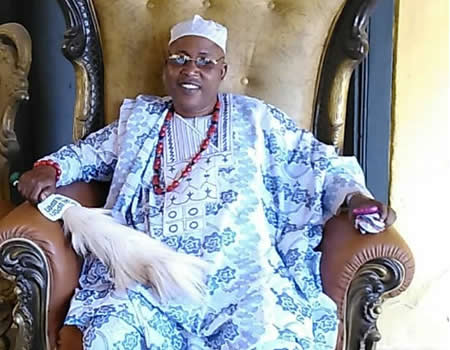 The traditional ruler of Lalupon in Lagelu Local Government Area of Oyo State, Oba Muniru Adekunle, on Wednesday declared that the Chief Whip of the state House of Assembly, Olafisoye Akinmoyede, popularly known as Lafi, is not responsible for the death of the slain House of Representatives member, Temitope Olatoye Sugar, adding that there is no way the lawmaker can kill Sugar, who he described as Lafi’s brother.

The royal father stated that he knows the Chip Whip well, describing him as a man of peace who had contributed immensely to the development of Lalupon town and the entire local government area through his philanthropic activities.

He explained that though both Akinmoyede and the late Sugar belonged to different political parties, they are “brothers and best of friends,” and had jointly and individually committed enormous resources to the socio-economic wellbeing of the people of the area.

“I have always known Sugar and Akinmoyede as not only brothers but also best of friends. It is therefore inconceivable that one would want to terminate the other’s life for whatever reason. As the traditional ruler of Lalupon town where Akinmoyede hails from, I know him to be a man of peace; he does not encourage thuggery and violence. I’m sure he knows nothing about the unfortunate incident,” he said.