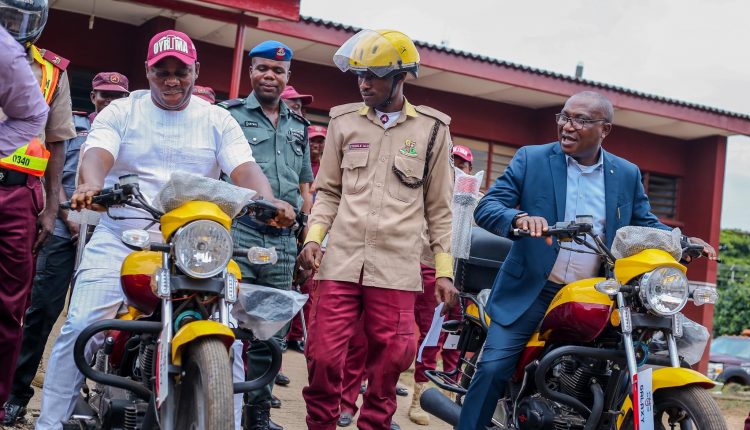 In  recognition  of  the  significant  strides  of  the  Oyo  State  Road  Transport  Management  Authority (OYRTMA)  in  ensuring  free  flow  of  human  and  vehicular  movement  across  Oyo  State,  a  multinational  company  in  Ibadan  earlier  today  presented  brand-new  operational  power-bikes  to  the Authority  as  part of its Corporate Social  Responsibility.

OYRTMA  took  delivery  of  the  brand  new  operational  and  surveillance  power-bikes donated  in  support  of  the  robust  works  and  operations  aimed  at  ensuring  free  flow  of  human  and vehicular traffic across the thirty-three  local government Areas of the State. 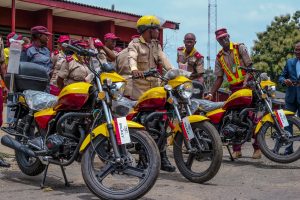 In  his  words,  Dr.  Fagbemi  said,  “while  I  on  behalf  of  the  Government  and  People  of  Oyo  State  thank you  for  this  great  gesture,  it’s  imperative  I  emphasize  that  these  operational  power-bikes  would  be dedicated  to  the  robust  surveillance  and  strict  monitoring  and  enforcement  of  the  various  policies  and operations  of  the  Authority  especially  the  Operation-one-passenger  and  Operation-no-hold-up currently being enforced”, he said.

The  Chairman  further  said  “the  bikes  would  in  great  measures  boost  the  commitment  of  the  field officers  of  the  Authority  in  doing  more  to  safeguard  the  State  by  ensuring  seamless  traffic  conditions and  strictly  monitor  compliance  to  the  operation-one-passenger  policy  as  well  as  other  operations  of the Authority”.