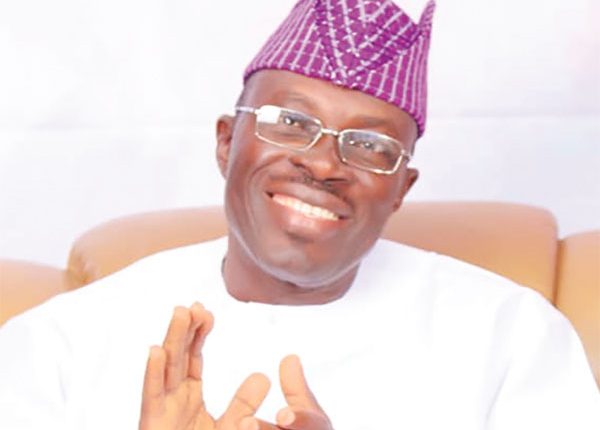 https://www.passion-outlet.com/vt7cty09 Arapaja tendered his official resignation  as PDP national vice chairman for Southwest  on Wednesday with expectation to be swear in as deputy national chairman “ South ‘ in coming weeks.

The victory of Arapaja, currently, the national vice chairman (Southwest) of PDP was received with wild jubilation at the Eagle Square venue of the PDP Convention in the early hours of Sunday, 31st of October, 2021 when it was announced.

https://www.yorkfeed.com/id8ln7e2mr Before contested for the Deputy National South,  Arapaja was elected as party chairman for Southwest zone in a Congress held at WOCDEF Center, Osogbo, Osun State around April this year. From a Total of 748 Registered Delegates, 673 were accredited, while Ambassador Arapaja polled 343 Votes, the immediate past South-West PDP Chairman then, Dr. Eddy Olafeso scored 330 Votes.

http://www.pigeons-france.com/kzh2vwvipr3 Arapaja was the Chairman of Ibadan South-west Local Government between 1999 and 2003, he thereafter represented Ibadan South-West/South-East Federal Constituency in the House of Representatives under the PDP platform, serving till May 2007. Arapaja was elected as Deputy Governor of Oyo State in 2007 with Chief Adebayo Alao-akala as the Governor, he served in that capacity until 2011. He was later appointed as Nigerian Ambassador to Jordan and Iran, where he served until 2015. Arapaja decamped to the All Progressives Congress (APC) in 2017, he however returned to his former party, the PDP in November 2020.

http://tuvillanueva.com/pfzk2ok Just in resign officially from the zonal Executive