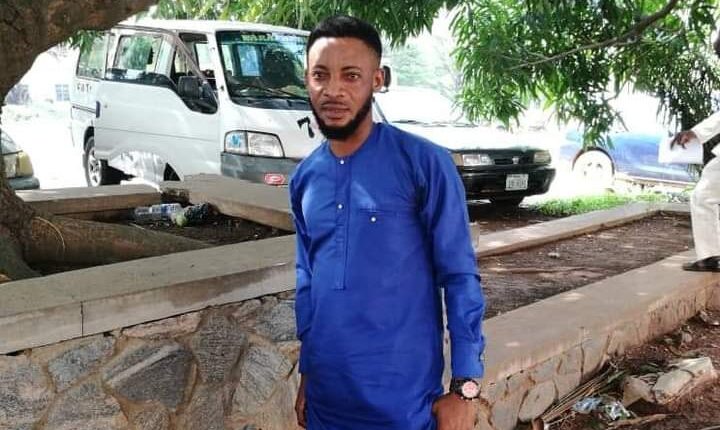 The Ward 2 Councilor of Ido local government area of Oyo state, Ojo Yekini Sulaimon has been arrested by the state Criminal Investigation Department (CID) for allegedly burgling the council chairman’s office and unlawful possession of firearms.

According to a report gathered by Westerndailynews.com, Hon. Yekini, a People’s Democratic Party PDP elected councilor on Thursday was said to have led his Honorable colleagues to gain entrance into the office of the suspended local government chairman, Hon. Sheriff Adeojo carted away the laptop and council official documents.

As confirmed to Westerndailynews.com by one of the council workers who doesn’t want his name to be mentioned, he said, the acting chairman, Bar. Sakariyau Fasola detected the unlawful entrance to the chairman’s office when he resumed office last Thursday as an acting chairman, he was said to thereafter report the issue to the Head of Local Government ( HLA ) of the council, Mrs. Ojo.

According to the source, the HLA summoned all the Adhoc staff working at the council chairman’s office to investigate how the office was burgled as it was confirmed, with a laptop and some official files missing, but later handed them to state SCID when none of them was able to give a good explanation about the illegal entrance to the chairman’s office.

It was at the SCID office that one of the Chairman’s office Adhoc staff, named Bisi revealed how she released the office key to  Hon. Ojo Yekini Sulaimon and his other councilors due to the threat to her life.

Upon investigations, Hon. Ojo Yekini Sulaimon was hand-picked by officers of SCID for interrogation which also led to his residence where 4 guns and local security gadgets were discovered.

As of writing this report, the Leader of the House in Ido local government, was not reachable as both his lines were switched off.

Ibarapa Massacre : I Failed To Do What Is Necessary On…