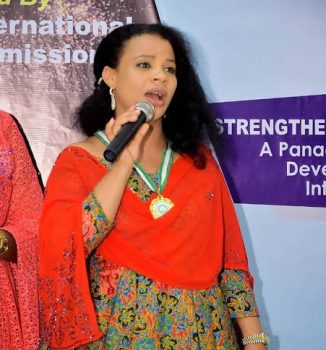 Oyo Government says it will soon begin registration of all travel agencies in the state to curtail the spate of human trafficking being perpetrated by illegal agencies who take advantage of vulnerable Nigerians.

Mrs Bolanle Sarumi-Aliyu, the Senior Special Assistant to the State governor on diaspora matters, disclosed this to the News Agency of Nigeria (NAN) on Saturday in Abuja.

According to her, ” in Oyo state very soon, we are going to make sure no travel agency, no job agency that takes people abroad will do that until they have been registered by us.

“We have to certify and verify them to ensure they are credible agencies before they can do anything on travelling, they must all be open to the state government if they must run their travel businesses.

“We will do this by documenting them, and also call whoever they are sending abroad for confirmation and the kind of work such a person is going there to do.

“Any agency found culpable of illegal travelling will be shut down and the operator arrested and prosecuted.”

She added that the state government was committed towards ensuring that its citizen repatriated into the country were empowered to live meaningful lives considering the trauma from what they had gone through.

According to her, all the victims of human trafficking repatriated into the state would be properly counselled and those that needed to go back to school would be encouraged as well.

Sarumi-Aliyu said that the state is working on the domestication of the Child Right Act, and as well strengthen the Violence Against Persons Prohibition (VAPP) Act currently in use in the state.

She, however, advised Nigerians and Oyo citizens in particular not to see abroad as places paved with gold.

She said that if anyone must travel in the name of searching for greener pastures, such individual must go through right channel, adding that Oyo state does not frown at people travelling provided it is done genuinely.

“You are allowed to travel abroad if you want to work, however, we will not tolerate traffickers taking any of our citizens abroad to subject them to suffering, we are working hard in the state to put an end to human trafficking,” she added.

She also tasked the media to intensify awareness on the dangers of illegal migration and trafficking in order to guard against subjecting Nigerians to slavery in foreign countries.

The governor’s aide lauded Nigeria in Diaspora Commission (NICOM), National Agency for the Prohibition of Trafficking in Persons (NAPTIP) and International Organisation for Migration (IOM) for their support to Oyo state government.