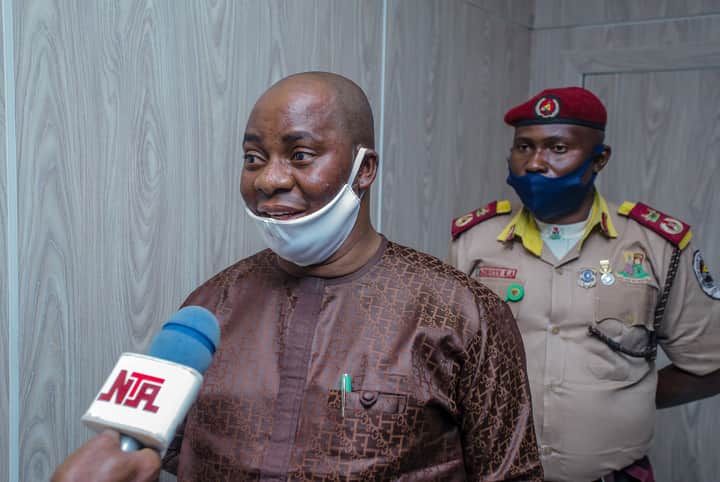 The Oyo State Road Transport Management Authority (OYTMA) has today reeled out advisories to commercial and private vehicle owners in the State on precautionary measures aimed at preventing the incessant break-down of vehicles as a result of the heavy downpour of rain in recent days and the attendant flooding that significantly affects the free flow of traffic across major roads and highways.

Disclosing this today at the OYRTMA administrative Headquarters, Agodi, Ibadan, the Executive Chairman, Mogaji (Dr.) Akin Fagbemi said that not less than twenty-five (25) commercial and privately owned broken-down vehicles has been rescued by the Authority as a result of the heavy downpour.

In his words, “the recently experienced heavy downpour of rain across the Country has numerous impacts on each States in different economic sectors. While it may be a blessing to farmers and those in the agro-allied professions, it is obviously a tough period for road users both private and commercial as the floods apparently deters free movement of vehicles thereby causing terrific traffic loggerheads and break-downs on the roads.

This is what we are presently experiencing in some parts of Oyo State as we implore all our road users to drive with extra care and carry out routine maintenance such as ensuring wipers are in good working conditions to enhance visibility and that vehicle’s breaking systems are in perfect operational condition.

Additionally, those who could not drive efficiently well during the time of rain are advised to drive very slowly at comfortable speeds or should be courageous enough to pull-over at a safe spot till the rain subsides’’.

The OYRTMA Boss further said, “Just yesterday, we rescued a total of twenty-five broken-down vehicles at different locations across the State with six, eight, two and four at Dugbe, Academy-Challenge, Mokola and Iwo-Road respectively in Ibadan while two others were rescued in Oyo town and another two in Saki.

We hereby seize this opportunity to call on owners of these vehicles to come and retrieve them at our offices closest to the scene of breakdown or visit our administrative headquarters in Ibadan for further enquiries.

It is our hope that as a proactive Agency of Government, the State would maintain her low accident index even in the face of the current downpour of rain”, he concluded.