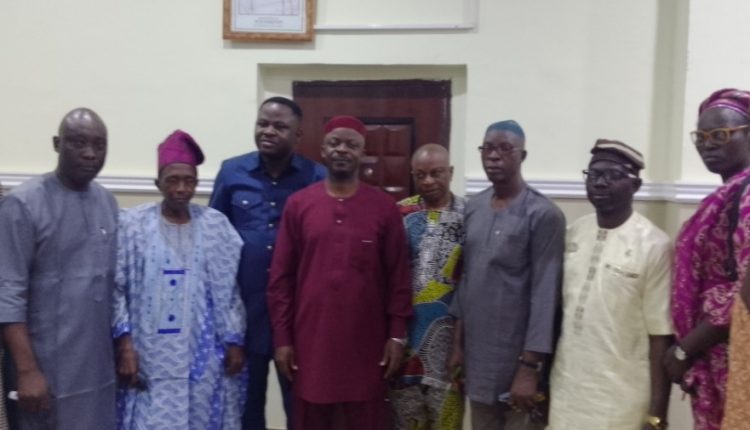 Governor Seyi Makinde of Oyo State has on Friday, settled the long-standing legal battle over occupancy of Temidire Saw-millers Plank Market between the State government and the Saw-millers.

The parties signed legal documents in agreement with terms to settle the crisis amicably.

Governor Seyi Makinde, who was represented by the Commissioner for Local Government and Chieftaincy Matters, Barrister Olasunkanmi Olaleye said the government has been able to resolve the matter on terms that were favorable to all parties.

Temidire plank market, which is close to the popular Gbagi Market was to be turned to a modern market by the previous administrations in the State, as there were reports of environmental hazards poised by the operations at the saw mill, which made the last administration of late Governor Abiola Ajimobi forcefully evict the traders.

The step led to litigations, as some of the traders moved to another location provided for a new plank market while some decided to stay put and pursue the legal option.

Olaleye said “that location used to be occupied by Saw-millers at Temidire near Gbagi market, so the government of Oyo State in 2012 decided to have a very big market there and also relocate the Saw-millers to Fasade community with some provisions made for them, but while some people moved, some refused to move, so there was dispute, they filed cases against government in court, series of court cases and orders.

“So since 2012, the contractor has not been able to complete that project, government has been engaging them in the last six (6) months and today we have been able to resolve on terms that are favorable to all parties.

“We believe that with this, the project can now proceed to the next stage for the benefit of the people of Oyo State and also that the Saw-millers can now resettled wherever they want to be.”

Governor Makinde assured that the Temidire business complex will soon be completed and that the next stage is for the contractor to engage with the government on terms that are favorable to the government and the people of Oyo State.

The General Secretary, Temidire Saw-millers Plank Market Association, Mr Adeyemo Adeniyi who is also one of the claimants also affirmed that the body has settled with the government.

“We have been on this issue since 2012, we thank God that today we are here to sign the agreement that will enable us to continue our business in other location.

“We are not forced to sign the documents with the government, it was done after due consultation and agreement to terms,” Adeniyi said.

The developer, Temidire Business complex, Mr Oyebola Okusanya appreciated the State government for bringing all the parties together and for mutual agreement to be achieved.

He explained that the developer had a public-private-partnership with the last administration in the year 2014 with an agreement to develop the business complex.

He added that some of the occupants moved to the other site at Fasade while some refused to leave.

He also assured that the project will soon be completed, adding that the company also engaged the Saw-millers through the patronage of their goods to build the market.

He went further to commend the laudable infrastructural and developmental projects in the State, adding that Oyo State has become the Mecca of investors because of the enabling environment provided by the Seyi Makinde-led government.

We Will Make Adeoyo Hospital Medical Tourist Destination In…