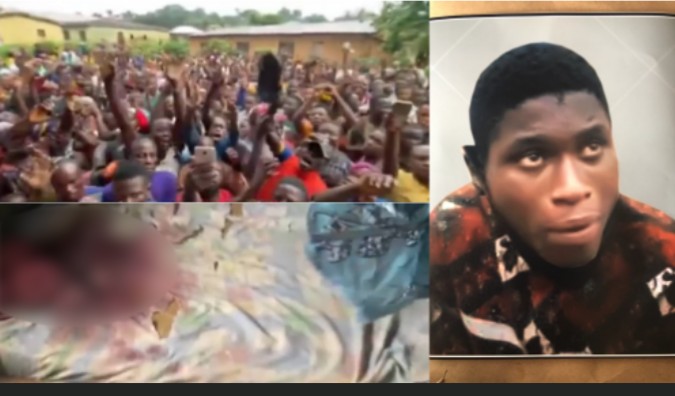 Sunday Shodipe, the prime suspect in connection with incessant ritual killings of residents of Akinyele area of Ibadan in Oyo State, who escaped from police custody, has killed another woman in the community.

The incident occurred on Saturday when the fugitive sneaked into the room of a woman identified as Funmilayo (Iya Ibeji) and smashed her head with an object believed to be a cutlass.

A friend of the victim was said to have alerted neighbours, who rushed her to a private hospital, where they stitched her head but later referred her to the University College Hospital because of the severity of the injuries.

She was also rejected because of lack of bed space.

It was gathered that she was later taken to Adeoyo Hospital at Ring Road where she died as a result of lack of proper medical attention to save her life.

An eyewitness, who is also a friend of the victim, Medinat Amusat, while speaking with SaharaReporters, said, “We were together outside the house around 12:00pm before we went to take our bath.

“When I finished taking my bath around 3:00pm and i came out to cook but suddenly the children in the compound
came and told me that snake has bitten Iya Ibeji.

“I rushed to her room and i saw her in the pool of her blood with her face wrapped with cotton and blood was still gushing out from her head. I quickly raised alarm and called the neighbours and we rushed her to a private hospital.”

Father of Barakat, a victim of the suspect, Kazeem Bello, who also rushed to the scene of the incident, narrated how a relative told him that Shodipe was the killer of his daughter.

He said, “A relative called me that Shodipe was sighted at Akinyele Elewure Market but i said that is not possible. But when they insisted that they saw him, I have to go there by myself.

“When I got there he has left but those who saw him showed me his picture on their phones. I went to meet the king Alakinyele of Akinyele and narrated the story meanwhile the king could not believe my story too until he put a phone call to a senior police officer in Iyaganku police station who confirmed to him that the suspect has escaped from their custody three days back.”

He therefore accused police of bed ng complicit in the matter.

The situation led to a protest in the area on sunday morning by residents.

The police in the state on 17th July  paraded the prime suspect alongside two others in connection with the killing of people at Akinyele Local Government Area of Ibadan, the capital city.

No fewer than eight persons were killed in a similar circumstance in the area, thereby turning the community into a death zone.

Lagos Group Gives Tinubu 24 Hours To Speak Up On Amotekun