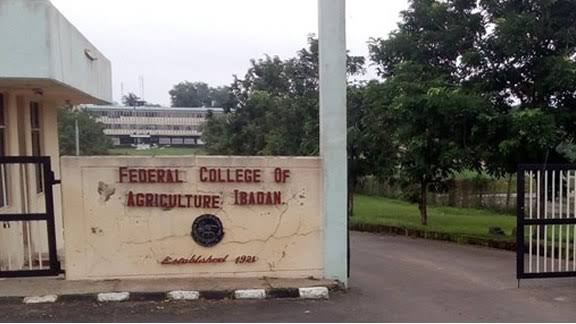 Students of the Federal College of Agriculture,  Moor Plantation,  Ibadan, this morning staged a peaceful protest at the school premises over alleged extortion by the management.

They also accused the school management led by the Provost, Engineer Babajide Adelekan of withholding their first semester results and non release of examination date and timetable for second semester.

The students who carried placards with the inscriptions ” say no to six months semester”, Release our first semester result, Enough of alternative to practical,  refund our NIIT fee…. among others, blocked the school gate and entrance of the administrative block, the situation which made the staff hurriedly scamper for safety.

President, Students Union Government, Olayinka Balogun explained that the student were left with no option than to protest due to the lackadaisical attitude of the provost.

Other students who berated the low standard of teaching and learning at the college, called for urgent probe of management of the school.

Attempt to get the reactions of the Provost and registrar of the college were unsuccessful as they could not be reached.

IG Removes Odunde as Oyo CP, Osun, Ogun And Others Gets New…