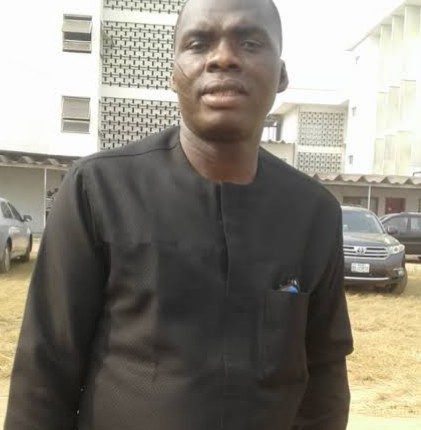 Hon. Mr Wasiu Lafioye Akinmoyede, ex lawmaker, who represented Lagelu state constituency at Oyo state 8th assembly has been arrested by police for allegedly assaulting a leader of the All Progressives Congress in Lagelu Local Government Area of Oyo State.

Hon. Lafisoye, Oyo state House of Assembly Chief Whip of 8th Assembly was said to have deliberately broke a chair on one hon. Remi Adebayo, a former House of Representatives member and chieftain of APC in the local government.

According to information gathered, it was reported that the incident took place on Wednesday, August 13, during the APC elders meeting held in the local government.

The lawmaker was later arrested yesterday, Thursday 27, by one SP. Bolaji from Zone 11, Osogbo, Osun State.

A source who did not want his name in print said in the course of the meeting, Mr. Adebayo observed and mentioned the names of some elders, who were not in attendance and called the attention of others to the matter.

Akinmoyede, however, was said to have countered his submission and told the meeting that those names mentioned have left the APC for another party.

Reacting to Akinmoyede’s claim, the source disclosed that Adebayo said: “One of the persons in question rented an apartment for campaign office for President Muhammadu Buhari in the build-up to 2019 general elections.”

If there is anyone, noticed to have left the party, that should be Lafioye Akinmoyede,” adding that, the former Chief Whip of the state’s House of Assembly had announced, just after he was released from detention over the alleged murder of a former member of House of Representatives, Temitope Olatoye Sugar, his withdrawal from active politics.

This revelation drew the ire of Mr Akinmoyede and broke a chair on the head of Mr Adebayo,” our source said.

Some of the elders who were said to have attended the meeting include, Peter Dairo, Mr Debo Arowomole, Mr Biodun, who is also a former chairman in the local government.

Meanwhile, a source close to the police in Osun State, disclosed that the former lawmaker has been released on bail to one Mr. Femi Akintunde, a former councillor in Lagelu Local Government after he was given eleven days ultimatum to settle out of court or face prosecution.