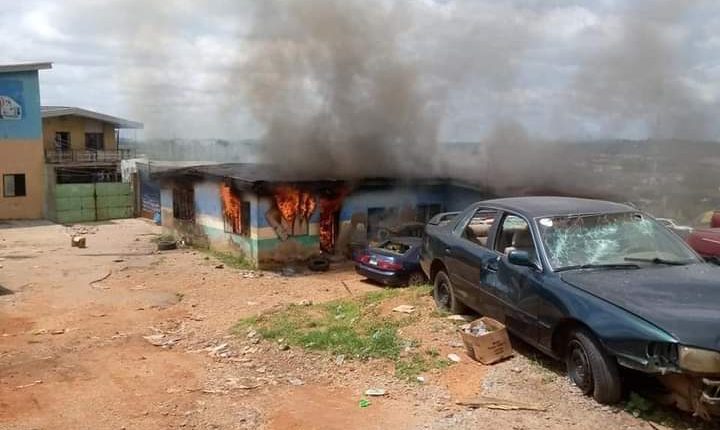 No fewer than eight persons, including police officers, have been reportedly killed in Ojoo area of Ibadan, the Oyo capital on Tuesday when the #EndSARS protest turned bloody

The incident started in the early hours of Tuesday when a police officer allegedly shot one of the protesters in the leg, which led to a clash between policemen and angry youths.

The Ojoo Police station, in Ibadan was burnt to ashes while 10 vehicles were set ablaze when the mob swooped on the police station.

Some of the residents of Ojoo lamented the excesses of the police officers in the area, saying the officers went beyond boundaries several times.

Alaafin To Install Shina Peller As Ayedero Of Yorubaland On…

My Encounter With Chief Lamidi Adedibu ” Half Of…