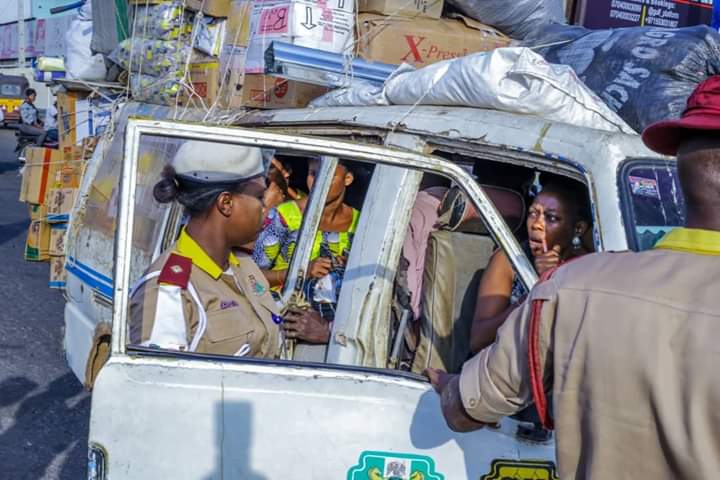 The Oyo State Road Transport Management Authority (OYRTMA) has announced its readiness to prosecute some offenders whose vehicles were impounded for drunk-driving against the road traffic laws of Oyo State 2009.

Disclosing this at the Operational Headquarters of the Authority on Saturday, the OYRTMA Executive Chairman, Mogaji (Dr.) Akin Fagbemi posited that the arrest of the drunk-drivers was in tandem with the mandate of the Authority in its continuous bid to curb avoidable road crashes occasioned by the reckless driving culture of drunk drivers of both commercial and private vehicles.

In his words, the Executive Chairman said, “between 2000hours-2300hours of Thursday, 26th December 2019 only, we impounded about five trailers and three cars whose drivers were either caught drinking alcohol while driving or driving while already drunk along the Ring-Road, Iwo-Road, Moniya and Ogbomoso axis of the State. This was made possible with the aid of our newly acquired two modern Alcoholic Breath Tester (ABT) provided alongside other operational tools and equipments including Electronic Reflective Jackets (ERJ) and over 200 Electronic Reflective Batons (ERB) by the State Government under our people-loving and performing Governor, His Excellency, Engr. Seyi Makinde to enhance the Special Night Operations of the Authority”.

Speaking further, Mogaji Akin Fagbemi clarified thus; “Be it known that for several months, we have carried out an extensive campaign against drunk-driving in Oyo State in both virtual, social, print and non-print media channels before the advent of the ember months and this festive period. We have warned all drivers within the State, no matter how highly placed to shun the lethal temptation of boozing and driving as this had been identified as an act capable of causing fatal road crashes that often times not only affect the drunk drivers but also innocent passengers and other road users particularly children, women and other vulnerable in the society.

It was in lieu of the foregoing that we announced the commencement of our Special Operations ‘Stop and Test’ to ascertain if a driver suspected to be driving against traffic, over-speeding, making illegal U-turn, illegal/ indiscriminate parking, making phone calls or driving recklessly on the highways was drunk or under the uncontrollable influence of alcohol or its derivatives and close substitutes”, Dr. Fagbemi said.

He however disclosed that about twenty-five individuals across the State found wanton of drunk-driving would from Monday 30th December, 2019 be charged to the Mobile Magistrate Court of the State Government for fair hearing and anyone confirmed guilty would be disciplined according to the dictates of the Authority’s enabling laws and traffic rules of the State.

It would be recalled that some convicted drunk drivers whose cases had earlier been adjudicated in the past weeks by the Mobile Magistrate Court suffered sanctions such as fines, community service (environmental sanitation) and traffic control (2nd day of arrest) in some strategic residential locations across the State after their vehicles were impounded for a minimum of 24hours after they showed sufficient remorse and pledged never to indulge in drunk-driving.

In same vein, two victims of road crash along ring-road, Ibadan were rescued and taken to the Adeoyo Hospital, Ibadan during our Special Night Operations on Friday, 27th December, 2019.

Seyi Makinde Can’t Be In 20th Position In State…