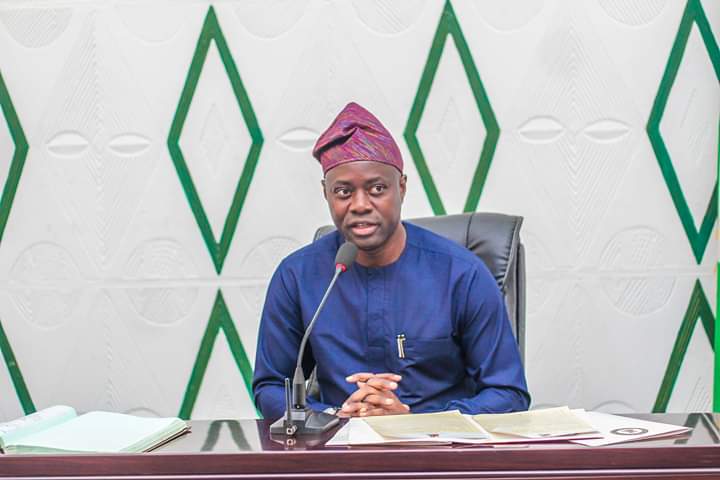 …says Makinde doing everything to halt spread of virus

The Oyo State government, on Monday, described as false and complete misrepresentation, a statement credited to a committee of the Nigerian Union of Journalists (NUJ) indicating that the State was not ready to tackle the coronavirus scourge.
The government, in a statement endorsed by the Special Assistant (Print Media) to Governor Seyi Makinde, Moses Alao, declared that the State was not only ready but doing everything to stop the spread of the virus.
According to the statement, the position of the NUJ Committee was given out of lack of adequate information and probably with the intent to mislead the people of Oyo State and cause panic and disaffection towards the government.
The statement called on members of the public not to panic over the alarm raised by the union, noting that the government is, indeed, in control of the situation regarding COVID-19 situation in the state.
The government called on members of the public to focus on adhering to hygienic practices, maintaining social distance and above all, not to panic where actions are necessary, stating that the government is taking actions that are necessary to prevent the spread of the virus in the state as evident in the activation of Emergency Operation Centres (EOCs) and the Isolation Centres.
According to the statement, it came as a shock to the state government that the NUJ, which is supposed to be a body of well-trained journalists, could rush to the press with misinformation at such a time like this when the people look forward to credible information over the COVID-19 pandemic.
The statement government maintained that the NUJ ‘Committee’ misinformed the public by confusing the Infectious Disease Centre in Olodo for an Emergency Operation Centre (EOC), which Governor Makinde said would be set up within 72 hours from Friday, 20 March, 2020.
It noted that while the facility in Olodo was re-designated on a permanent basis to take care of Infectious Disease Control, it should not be confused for an isolation centre or an EOC.
The government frowned upon the report that the emergency operating centres it activated were ill-equipped, wondering how journalists who should be well-trained could become confused and mislead the public on a sensitive matter like this.
The statement noted that the EOC, which has been activated, was not open to the public yet, adding that the centre was already operational.
“On Sunday, Governor Seyi Makinde appointed Dr. Taiwo Ladipo as Incident Manager. That’s an indication that the State was ready to tackle the rampaging virus.
“One wonders how the NUJ Committee could claim it visited a centre that was only open to professionals with clear assignment at the centre.
“One also wonders why an isolation centre would suddenly become a viewing centre as being claimed by the NUJ Committee.”
The state government added that it was equally surprising that the NUJ Committee failed to differentiate between the Isolation Centres and facilities belonging to the University College Hospital (UCH) and the Army, which are federal entities and entities set up and controlled by the Oyo State government, noting that if the NUJ Committee would not be deemed mischievous, it should have waited to see the 10-bed Isolation Centre inspected by Governor Makinde on Monday, which already hosts an individual who has tested positive to COVID-19.
The state government maintained that though Governor Makinde did not at any point claim to have made resources available to UCH or any other federal facility in the state, as a responsive and responsible government, it is collaborating with the UCH to deploy the wealth of expertise to fighting the Coronavirus pandemic in the state.
“Our attention has been drawn to a false alarm raised by a committee of the Nigerian Union of Journalists (NUJ), Oyo State chapter on the Coronavirus pandemic and its handling by the state government. While we would have loved to consider the statement as observations and advice from a reputable union and body of journalists in the state, the preponderance of jungle journalism and the malaise of fake news at this period make a rejoinder and the need to set records straight imperative.
“At a time when the society is battling the menace of fake news, which is more dangerous and lethal than the Coronavirus, a few individuals in the Oyo State NUJ chose to succumb to the pressure to pander to the whims and caprice of opposition elements and naysayers, individuals who have made it a responsibility to revel in the unfortunate situation that the world has found itself, thereby raising false alarm and spreading fake news.
“For the avoidance of doubt, the state government is aware of the challenges posed by the Coronavirus pandemic in the state and it has noted the advice offered by the Oyo State NUJ. Already, the state governor, today, visited the well-equipped 10-bed Isolation Centre in Jericho and he is set to give a State Broadcast on the Coronavirus situation, which we believe will address major issues and concerns being raised in different quarters.
“On the enforcement of the directive on school closure, the Ministry of Education embarked on a compliance tour on Monday to enforce compliance. He had with him on that tour members of the NUJ, so we wonder how come the NUJ Committee did not wait to be well-briefed by its members before going to press.
“Anyway, we see the Oyo NUJ as partners in progress with the state and we will always respect the union. But we expect that respect to be mutual. While it is the policy of Governor Makinde that anyone who sees something should say something, we believe that the principle of truth and accurate information should be sacrosanct to everyone,” the statement read.

Diran Odeyemi And The Concept Of ” Omoluabi” In…