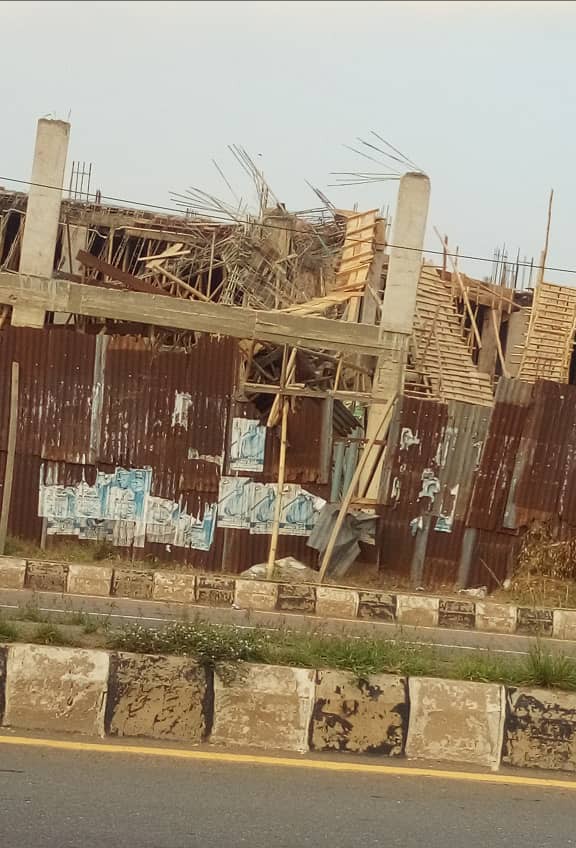 Few weeks after a building collapsed at Molete Bode area of Ibadan, another building under construction around Jericho-Eleyele area of has collapsed. Westerndailynews gathered.

The collapse was said to have happened around 4.30pm on Tuesday while construction workers were on site.

The incident occurred on Eleyele Road beside the Polo Ground in Ibadan, the state capital.

Visiting the site of the incidence, it was gathered that the victims had been rushed to the Jericho Nursing Home.

At the Nursing Clinic, some of the victims were sighted with varying degrees of injury.

According to one of the victims, Seyi Olugbade, the building had been giving signs of collapse but by the time this was noticed, it had already started caving in.