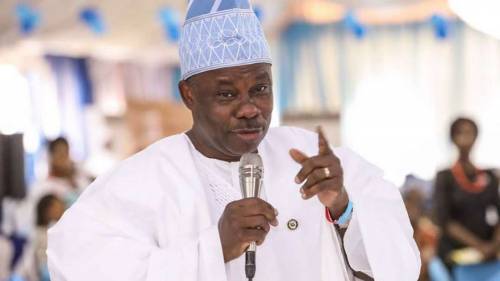 Ibikunle Amosun, outgoing Governor of Ogun State, has secured a seat in the National Assembly.

He will represent Ogun Central in the Senate on the platform of the All Progressives Congress (APC).

Amosun’s victory was announced on Monday by Professor Ayinde Akanbi, the returning officer of the Independent National Electoral Commission (INEC).l,  in Ogun State.

He secured 88,110 votes to defeat Solomon Sanyaolu of the Peoples Democratic Party (PDP), who polled 33,276 votes.