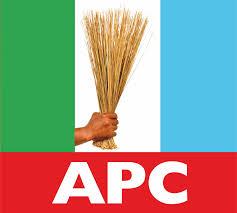 Stakeholders of the All Progressives Congress in Oyo Federal constituency have thrown their full weights behind the ongoing reconciliation process in the state chapter of the party.

The decision was reached at the end of a stakeholders’ meeting of the party in the federal constituency held in Oyo on Sunday.

They also resolved that they have agreed to the composition of an Elders’ Advisory Council for the state chapter of the party.

The resolutions read in parts:

“That the party in the Federal Constituency thanked and appreciated their members for their unprecedented performance in the last general election and winning all their elections at the state and federal elections in the zone.

“That members of the APC in Oyo Federal Constituency are in support of the ongoing reconciliation process among various interest groups of the party by both the National and Oyo State Reconciliation Committee on steps taken so far.

“That all aggrieved members who have decided to return to the mainstream of the party have agreed to duly integrate themselves into the party and collaborate with the existing party structures at all levels.

“That all the other political zones are encouraged to emulate the spirit of unity exhibited among APC members in Oyo Federal Constituency.

“That we all agreed on the selection of the members of reconciliation committee and composition of Elders’ Advisory Council of the All Progress Congress in the state.”

The Secrets Of My Success – Seyi Makinde