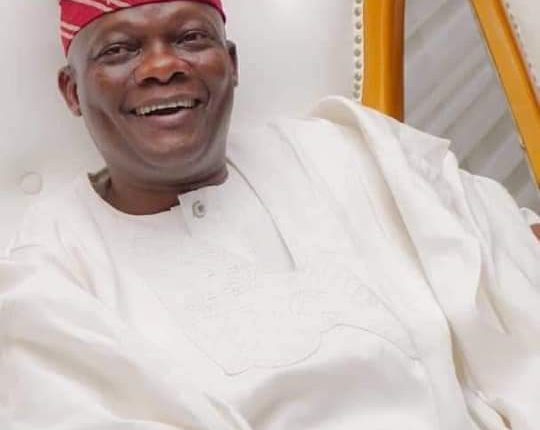 Alli described Folarin as a vocal, fearless and worthy ambassador of Ibadan.

The former secretary to Oyo state government Advised the Senator to pass across the messages of the masses to those at the helm of affairs through effective deliberations in the Red Chamber.

“I celebrate my brother, Senator Teslim Kolawole Folarin on his special day. He is a good ambassador of Ibadan land for his contribution not only to Ibadan land but Nigeria as a whole.
He moved the landmark motion of “Doctrine of Necessity “for the then Vice President Goodluck Jonathan to act as the President and Commander-in-Chief when there was a visible vacuum due to the illness of the Late President Umaru Yaradua.

“I wish him long life and prosperity. As you celebrate today, may God continue to be with you and your household.”