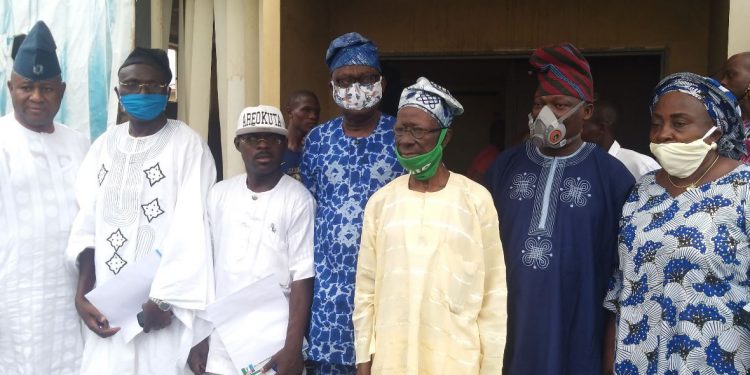 Move towards reconciling aggrieved members of the All Progressives Congress (APC) in Oyo State started on Thursday, with Chairman of the party, Chief Akin Oke, inaugurating the Chief Adebayo Alao Akala led committee.

It would be recalled that the immediate past governor of the state, Senator Abiola Ajimobi, had in March named members of the reconciliation committee.

The event, held at the party secretariat in Oke-Ado, was presided over by the Chairman, Chief Akin Oke. The committee is headed by former governor Adebayo Alao-Akala.

After the inauguration, Alao-Akala promised that the committee would be committed and give its best, considering the importance of the assignment. He thanked the party and Ajimobi for finding them worthy for the assignment.