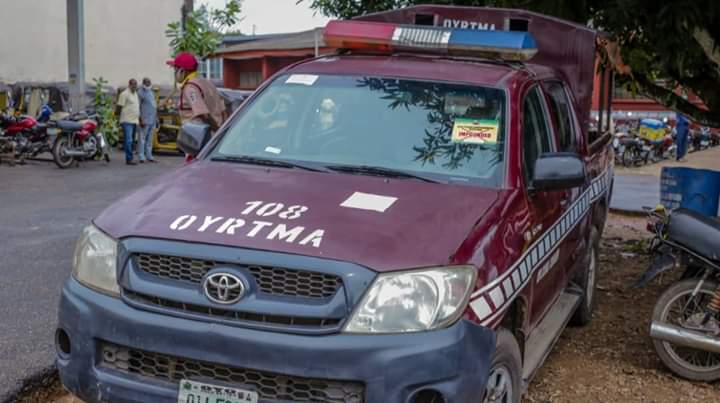 At the scene, Dr. Fagbemi directed that the Officer who drove the impounded vehicle be handed a fine ticket and mandated to personally pay the fines in accordance to the extant traffic laws of the State.

The incident occured during the Executive Chairman’s routine surveillance exercise across the State to personally ascertain the compliance level of motorists, tricyclists and motorcyclists to the State traffic rules.

While reading the riot act against traffic offenders in the State to men and officers of the Authority shortly after the exercise, Dr. Fagbemi said, “This routine surveliance is part of the activities encouraged by the Executive Governor of Oyo State, His Excellency, Engr. Seyi Makinde who himself goes out as late as 2am-3am sometimes to have an on-the-spot assessment of developments across the State. It is therefore a challenge I have personally embraced to execute from time to time and fortunately today, one of our own vehicle was caught violating the traffic laws it was meant to enact.

Since there is nobody above the laws in Oyo State, I have directed that the said vehicle be impounded and fined in accordance to the extant laws of the State and the Officer that drove the vehicle be responsible for the payment of the charged fines before its release. The Officer would subsequently have to face more disciplinary actions at the instance of the management for such misconduct.

This is to serve as detternt to other Men and officers of the Authority and their counterparts in the other security agencies who believes that uniform is a license to reckless driving, illegal parking and flagrant disobedience to laid down traffic rules and regulations of the State”, he concluded.

Oyo Government To Establish Of Maths Labs In Schools – Prof.…