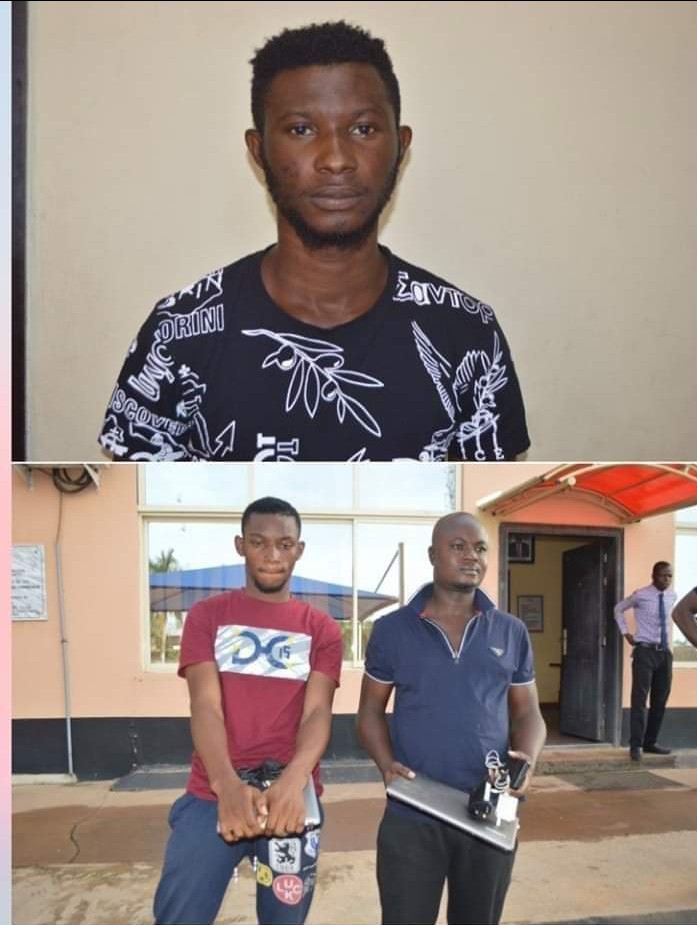 A member of the feeder team of the popular Ibadan-based Shooting Stars Sports Club, otherwise known as 3SC, Oginni Oluwaseyi Dayo, was on Monday, April 11, arrested by the Economic and Financial Crimes Commission, EFCC, Ibadan zonal office, over alleged involvement in internet related offences.
Oginni was arrested alongside his brother-in-law, Alabi Okikiola; and his friend, Jonas Okwuwe; at a location within the Fortune Estate, Ologuneru Olonde area of Ibadan, the Oyo State capital.

Their arrest followed a petition from a neighbour, who raised high suspicion on the reckless and flamboyant life the suspect live, without any known reasonable source of income.
Upon the receipt of the petition and further discreet investigation, operatives of the commission carried out an early morning operation that led to their arrest on Monday.
Further investigation confirmed that Oginni was truly a member of the popular soccer team’s feeder team, but an official said he has not been attending training for a long while.
In their separate statements with the commission, Oginni said he is an Ordinary National Diploma (OND) Part 1 student at the State-owned Polytechnic, Ibadan; Okwuwe claimed to be a Computer Science graduate from the Auchi Polytechnic, while Oginni’s brother-in-law, Okikiola, said he had a Higher National Diploma (HND) in Accounting, also from the Polytechnic Ibadan.
Items recovered from the suspects include Laptops, Iphones and phones of other brands.
They will be charged to court as soon as investigations are concluded.