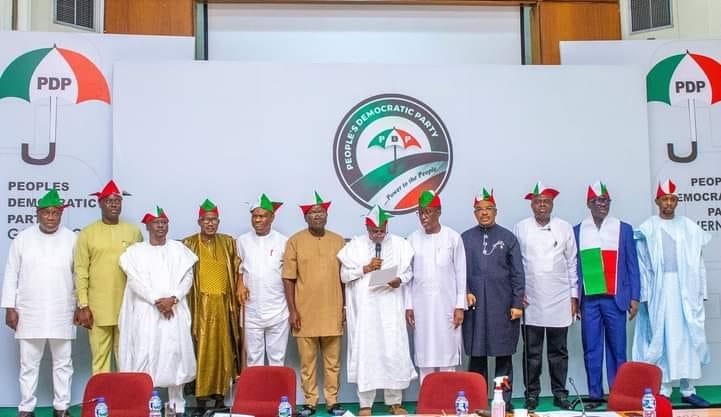 Nigerians have been assured that come 2023, the Peoples Democratic Party (PDP) will regain central power and will make things better for the country and its citizens having experienced what it called bad governance from the All Progressives Congress (APC) presently in power.

The governors elected on the platform of the party under the aegis of PDP Governors’ Forum disclosed this in Bauchi State, assuring Nigerians that the party will salvage the nation from all its challenges.

Speaking at a reception held on Sunday night at the Banquet Hall of Government House, Bauchi after their meeting, Chairman of the PDP Governors’ Forum and Sokoto State governor, Aminu Tambuwal, said that the PDP has the solution to the predicaments facing the country.

Represented by the Taraba State governor, Darius Ishaku, Tambuwal said that the country was in a very sorry state and is faced with challenges ranging from insecurity, banditry, kidnapping, unemployment, poverty among others, pointing out the PDP has what it takes to deliver Nigeria from its problems.

He said: “We have no hope except in PDP, we will live in the PDP and salvage whatever the country is left off when we regain power in 2023. If you look around, all the PDP states are where there is work ongoing and I am sure, I am speaking the fact and minds of many Nigerians.Those who are running and leaving PDP to where their sins are forgiven, so if you are a bad and corrupt man, come over to APC where your sins are forgiven.

“We do not agree and believe in intimidation, we will remain in PDP, we capture the power, change and improve Nigeria. Those who said that they were going to conquer and remove Boko Haram in six months, it is now six years and they are still there, they cannot do it. It is getting worse, it is now several Bokos, not one Boko Haram. It is now Herdsmen Boko Haram, herdsmen Haram.”

Speaking earlier, the Bauchi State governor, Bala Mohammed, said that PDP is the only party that is united and has the experience to take Nigeria out of the blues, adding the party is getting a lot of support from colleagues in other parts of the country.