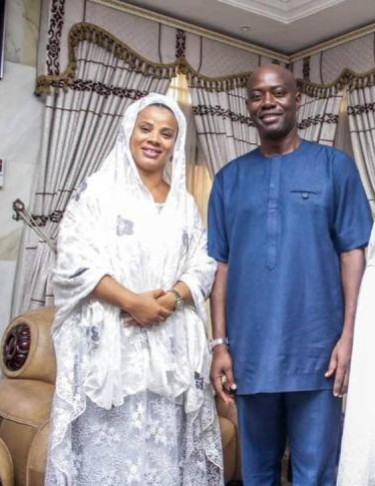 The Oyo State government has expressed its readiness to see to the safe return of an indigene of the state, identified as Peace Ufuoma Busari, who was recently put up for sale on the Facebook in Lebanon, for the sum of $1000.

A statement signed by the Senior Special Assistant to Governor Seyi Makinde on Diaspora, Mrs. Bolanle Sarumi-Aliyu, maintained that the state was liaising with the Nigerians in Diaspora Commission (NIDCOM) headed by Honourable Abike Dabiri-Erewa to facilitate the lady’s safe return home.

Sarumi-Aliyu, who stated that though the victim was yet to be located, called on citizens of Oyo State who may know the lady, especially her family members, to call her (SSA) on 07025512891.

It will be recalled that Hon. Dabiri-Erewa had taken up the case of the lady, born in Ibadan and identified as Peace Ufuoma Busari, after one Wael Jerros had put her up for sale for $1000 in Lebanon via the internet.

The Lebanese government had described the act as inhuman, immediately launching a manhunt for Jerros, who was eventually arrested on Wednesday, April 21.

The Lebanese government had subsequently promised to prosecute him for human trafficking.

In her statement, however, Sarumi-Aliyu commended NIDCOM for the role it has been playing on the matter, saying “we want to let the world know that the Oyo State government is interested in the safe return of Peace Ufuoma Busari.

“We will continue to liaise and collaborate with Hon. Abike Dabiri and work with the Federal Government to ensure our citizen is returned home safely.

“We also call on the citizens of Oyo State who may know this lady, especially her family, to please contact the SSA on Diaspora to the Governor of Oyo State on 07025512891, so we can work with the family to understand how the lady left the country.

“This government will not tolerate human trafficking of her citizens to foreign lands. We, however, need the full cooperation of those leaving the country so we may be there to assist them if the need arises. We want to be able to guarantee the safety of our citizens leaving the country henceforth.”

She added: “The Oyo State government wants to know the whereabouts of Peace Ufuoma Busari and my discussion with the DG NIDCOM indicated that her commission has been able to secure a promise from the Lebanese Mission to find her and hand her over to us.

“We want to advise the Lebanese government to kindly fast-track the process of locating Peace Ufuoma Busari and handing her over to us.”