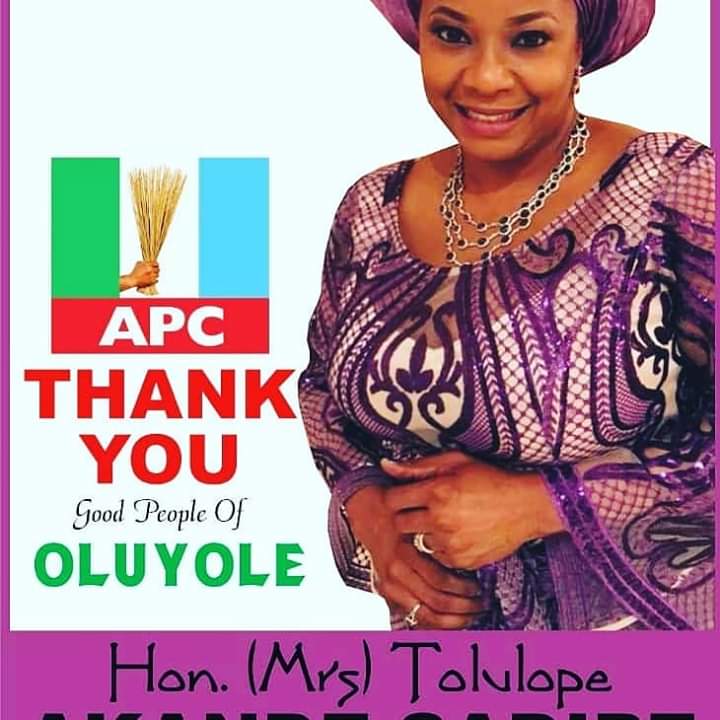 According to the final figures which was released at 12:50pm today, APC polled the highest number of votes in the Presidential, Senatorial and House of Representatives elections thus, which shows All progressive congress had a convincing wins in Oluyole Local Government

While appreciating the good people of Oluyole Federal Constituency for the massive love and unwavering trust in the leadership of APC at all levels, APC Oluyole Chairman, Akorede urge the people of Oluyole not relent with the first victory, as they needs to forge ahead for the forthcoming March 09, 2019 Gubernatorial and House of Assembly Elections.

‘The Void You Left Won’t Be Filled For Many…