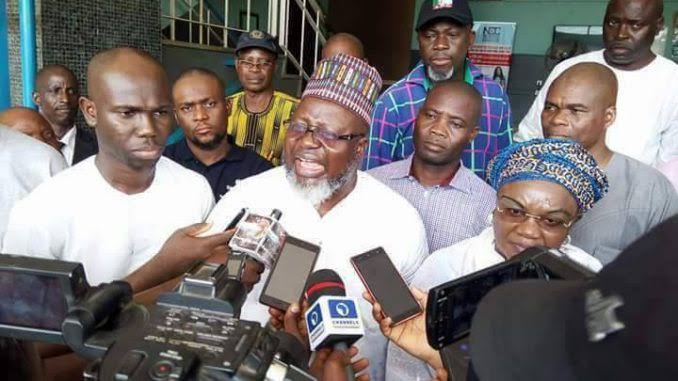 Following negative statement of Minister of Communication, Adebayo Shittu on a radio interview programme over the weekend where in he labelled Oyo State governor Abiola Ajimobi and APC statemen in the state as failed politicians who doesn’t merit President Ajimobi appointment recommendations, the Oyo state chapter of the All Progressives Congress (APC) has cautioned the Oke Ogun born minister against attempts to highlight his political worth in the state.

On a weekend popular radio programme ” Political Circuit” Barr. shittu said that, President Muhammadu Buhari won’t appoint failed politicians in his next cabinet, the APC through a released statement by APC Public Relations Officer, Dr Azeez Olatunde , he said, Shittu’s failure to win any election over the years categorised him as a failed politician.

The Oyo APC described Barr. Shittu claiming to be a member of All Progressive Congress as an unwarranted. Claimed Shittu had long been seized to be APC member as soon as he led Unity Forum out of the party.

The statement further read, “That APC lost the gubernatorial election is an ill-wind that does not profit anyone but the whole world has known pretentious characters who have overvalued their public image that were using APC to embellish themselves.

“Who should have been referred to as a failed Politician than Barr Shittu who had failed to win any Election since 40 years ago that was used to sample-test his integrity.

Barrister Adebayo Shittu’s Unity Forum which the whole world knew metamorphosed to Africa Democratic Congress(ADC) is again claiming that they never left APC, because with their four-fold figures of the APC as their membership strength, yet they found it difficult to win just one state parliamentary seat.

“They left A. P. C with two Senators, Six Federal House of Representative Members and Eight States Parliamentarians but after 2019 General Elections, they ended up with nothing, Unity Forum indeed has Four Fold strength of Gov Ajimobi led APC.

“Yoruba adage comes in handy, which translate thus that, a farmer who planted 100 heaps of Yam but lied to have planted 200, after harvesting the real and authentic 100 will certainly suffer from the 100 unplanted lies of heaps as Barrister Shittu and his co-travellers were brought than from their fantasy island after the 2019 General Election.

Akin Alabi, Shina Peller Others In A Dinner With Buhari, Adopts Gbajabiamila Speakership