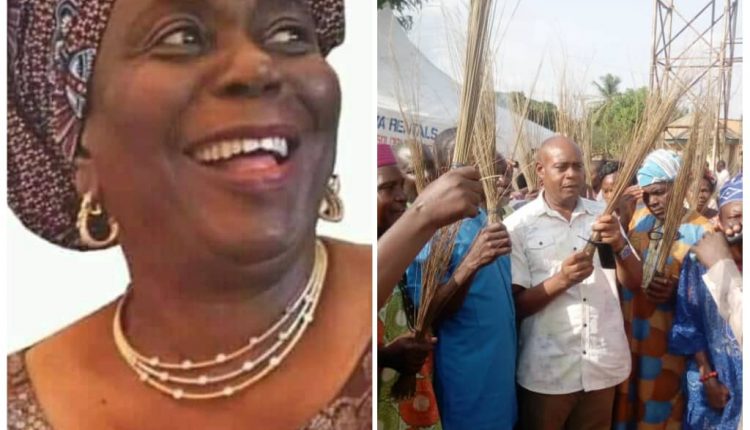 Some loyalists of the Senator representing Ekiti South Senatorial district, Biodun Olujimi have defected from the People’s Democratic Party (PDP) to the All Progressives Congress (APC).

Other loyalists of the Senator who defected to the APC were Femi Ogunleye, Afolabi James Ajila, Sunday Awogbemi and Mr Lewis Aluko.

It should also be recalled that there had been reports of political alliance between Olujimi and Governor Fayemi, with Prince Dayo Adeyeye alleging that Governor Fayemi assisted Olujimi to get the Ekiti South Senatorial seat at the courts.

In July last year, one of the loyalists of Senator Olujimi was appointed as Chairman, Ekiti State Environmental Protection Agency (SEPA) by Governor Kayode Fayemi.

Olujimi has been at loggerheads with former Governor Ayo Fayose over the control of PDP in Ekiti state, with the lower and Appeal Courts upholding the Congresses that produced Wards, Local Governments and State Excos loyal to Fayose.