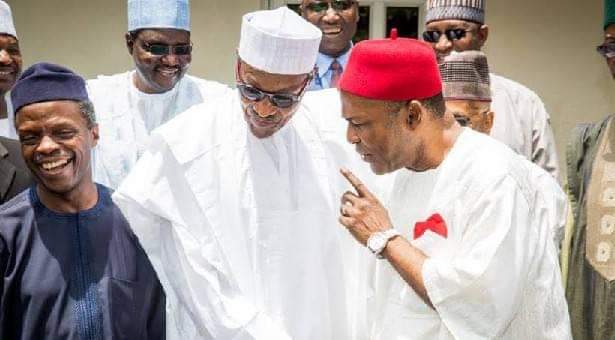 Speaking at an audience with the President of Benin Republic, Patrice Talon at the State House, the Nigerian leader emphasised the imperative of good neighbourliness, while pledging Nigeria’s support towards efforts to re-establish political stability in her western neighbour.

President Talon, who came to congratulate President Buhari on his re-election and successful inauguration, also briefed the Nigerian leader on the current political situation in his country.

In a related development, President Buhari Thursday received a Sudanese delegation led by Lt-Gen. Jamal-Eddin Omer Ibrahim, Head of the Security and Defence Committee, which came to brief him on the political situation in the north-eastern African country.

BREAKING: 2019 FIFA WWC: Super Falcons qualify for round of sixteen

Ogundoyin Backs Punch Newspaper Over Decision To Refer To…