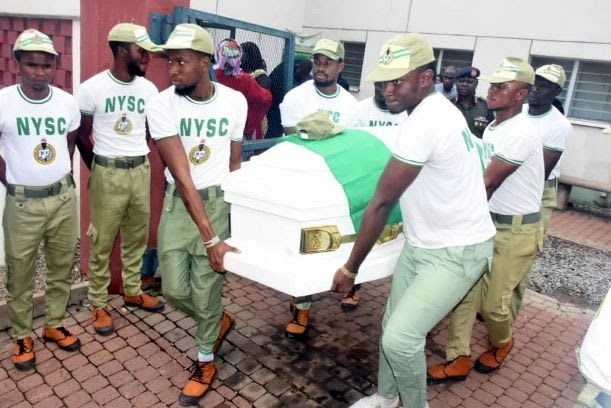 The Nigeria Union of Journalists, FCT Council, has described the death of Precious Owolabi, a corps member serving with Channels TV, who was amongst those killed in a clash between members of the Islamic Movement in Nigeria (IMN) and the police, Monday in Abuja, as one one too many.
The NUJ in a statement, Monday night, expressed deep sadness over Owolabi’s death, stressing that it was another sad day for the journalism profession in Nigeria.
“The death of Precious Owolabi signifies how brutish and short life has become in Nigeria and signposts the danger faced by journalists daily in carrying out the constitutional mandate of holding government and its officials accountable to Nigerians,” a statement by Chairman of the NUJ, FCT Council, Emmanuel Ogbeche said.
According to Ogbeche, the federal government should take responsibility for the senseless death of Owolabi as it was its constitutional duty to safeguard his welfare and security as well as those of other Nigerians.
He called on the federal government to demonstrate its seriousness in addressing the pervading insecurity by finding an amicable resolution to the grievances of the IMN to avoid further needless deaths in the country.
The NUJ chairman said that while death was inevitable, journalists should always take into account the environment they were reporting from and not become the ‘story.’
Ogbeche expressed the hope that the government will compensate the family of the deceased who was on a national assignment.
The NUJ prayed God to grant the deceased eternal rest while condoling with his family, Channels TV and journalists in general.

I Killed Another Woman After I Escaped From Police Custody…

Ibadan Stakeholders Hint Makinde On Dangers Of Influx Of…