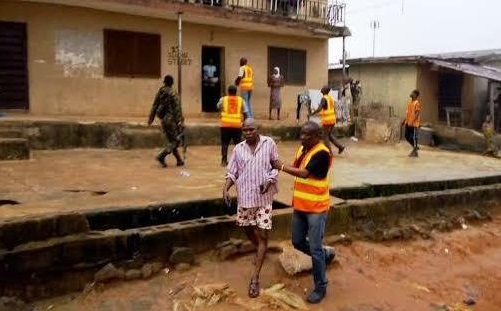 Two of the state government tribunals have prosecuted 40 persons for indiscriminate dumping of refuse and lack of proof of registration with authorized waste evacuators.

Others are those caught contravening laws restricting movement of persons during sanitation hours.

The fine according to the state ministry of environment varied from 2,500 naira and 10,000 naira.

The chairman of the Oyo State Environmental Task Force, Mr Francis Ojomo, while speaking with journalists said the state would not relent in ensuring cleanliness of the environment due to its effect on the ecosystem.

Mr Ojomo called on the residents of Oyo state to embrace regular sanitation of their environment for a healthy society.

He said the environmental protection was not only vital to the state but also to the world as various international conversations centered on climate change and global warming.

The Permanent Secretary, Ministry of Environment and Natural Resources, Dr Bashir Olanrewaju assured the general public that the present government was committed to acts that would ensure safe public health.

Dr Olarenwaju enjoined the public to abide by environmental laws and avoid illegal dumping of refuse by the road side, waterways and unauthorized places which he said would attract heavy fines of jail terms in accordance with the provision of the law.