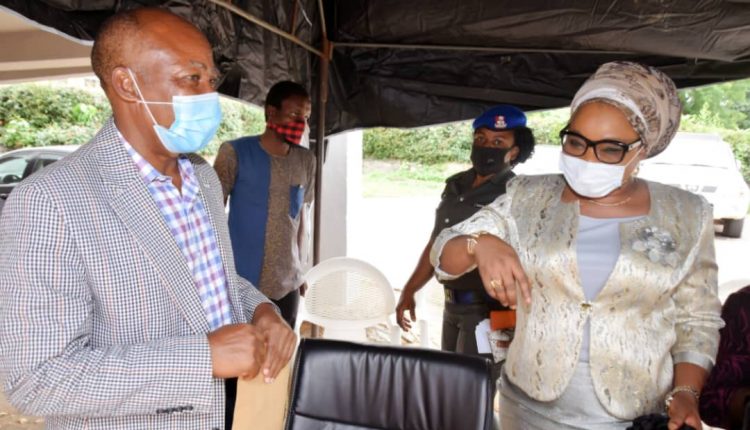 Oyo State’s Head of Service Mrs Ololade Agboola has said that the Mobile Training Clinic organized by the government, through her office was targeted at promoting efficiency among civil servants in the State.

She said the present administration in the State has been putting all welfare packages in place for the workforce of the State to alleviate the effects of the Covid-19 pandemic.

Agboola made this known during the second edition of the Mobile Training programme held at the Ministry of Education, Science and Technology Secretariat Ibadan, the State capital.

She disclosed that the training programme was expected to re-orientate and inculcate the best in the civil and public servants in the State, noting that no organisation could raise its performance above the quality of its human resources.

The HOS hinted that Governor Seyi Makinde had approved several training programmes for all cadres of the workforce through the Ministry of Establishment and Training, Teaching Service Commission while Permanent Secretaries in the State have also took part in federal government organized trainings.

“The need to promote efficiency and reinforce commitment to service among the workforce led to the organization of this special mobile training programme, it is the believe of the government, as led by governor Seyi Makinde that this will have multiple positive effects on the individuals involved and the working environment.

“Like every other sector, education has been given paramount attention by this administration as it has 23 percent of the 2020 budget, this is a result of the peculiarity of education system in Oyo State and the priorities placed on it by the present administration, let me inform you that His Excellency, Governor, Seyi Makinde will never tolerate any act of indiscipline from officers in the Ministry or any other agency of the government.”

She charged civil servants to see hardwork as a culture and always obey their principals without being sycophant.

However, former Permanent Secretary, Ministry of Finance Dr. Toyin Adeleye in his lecture titled ‘Sustaining Ethical Conduct, Discipline and Integrity in the Civil/Public Service’, admonished civil servants to always be punctual at their work place and improve their service delivery to the society.

Former Head of Service, Oyo State Mrs Abosede Obileye in her lecture titled ‘Quality Control in School Administration’ enjoined government to review the process of establishment of private schools, monitor their activities and regular inspection of all schools, as she said these would improve the standard of education in the State.

In his remarks, the State Commissioner for Education, Science and Technology, Barrister, Olasunkanmi Olaleye, who was represented by the Permanent Secretary of the Ministry, Mrs Aminat Atere, commended the ingenuity of the Head of Service for putting the training together at such crucila time for the benefit of both public and civil servants, hinting that passing the baton of success to upcoming officers was a way of planning for the future.