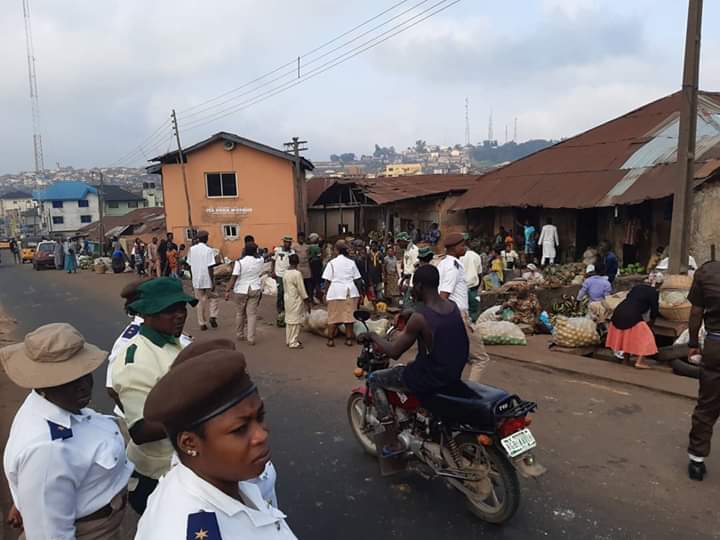 Oyo State Government has said it has the mandate to enforce the Environmental sanitation laws, stressing that it would henceforth wield the big stick of the law against saboteurs of Environmental exercises in the State.
The Commissioner for Environment and Natural Resources, Rt. Hon. Kehinde Ayoola stated this while monitoring the Monthly environmental sanitation exercise observed today, in Ibadan.
Speaking to some traders, the Commissioner, “Oyo State Government is putting in so much to ensure that our environment is clean, and we would not tolerate any form of sabotage against this process. Enough is enough”.
Represented by the Permanent Secretary, Dr. Bashir Olanrewaju, he said the State Government was taking proactive steps to stop unhealthy waste disposal in the State through the revamping of some dump-sites.
Appealing to residents, especially traders to cooperate with the State Government, the Commissioner said, “We appeal to our people to please co-operate with the Engr. Seyi Makinde led administration. We have transited into a new waste management era and we would start experiencing community-based waste management system, which involves them playing their roles during sanitation exercises like this.”
In addition, Ayoola promised that the State Government would take seriously, the business of enforcement, saying the exercise would be extended to other parts of the State, in due course.
All we are asking for, is that our people should comply with the State Government’s laws. And we promise, that after proper check on refuse disposal in the State, Oyo State Government would take the next giant step of turning our wastes to wealth.
Though, today’s exercise did not restrict vehicular movements, traders, shops and business complexes whose goods and wares were displayed during the sanitation hours have been sanctioned.
The team of Environmental Health Officers led by the Permanent Secretary visited major markets in Ibadan such as Bodija, Oje, and Bere.