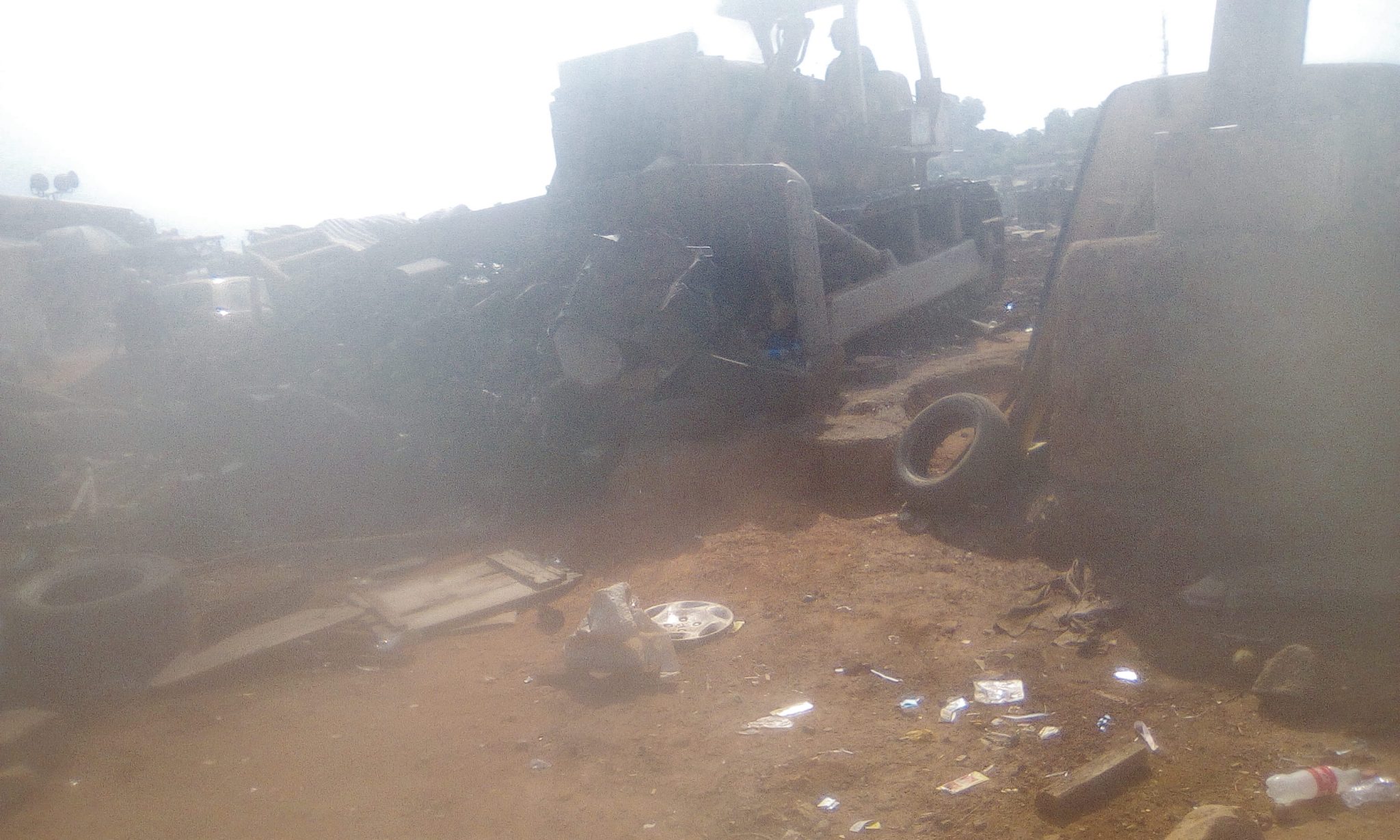 Thou, they are helpless as process of taking over of their land by oyo state government is taking place, with sobber mood, the
families of Alhaji Qadri Olateju lamented on the wicked action of the government claimed that there is ongoing litigation and also they have all the valid papers given by the state government before the demolition

In an interview, the daughters of late Alhaji Qadri, Mrs Ramat Olateju, Rahman Adam, Ibrahim Mariam who were emotional on the development said the property was a subject of litigation in the law court, saying the certificate of occupancy duly signed by Oyo state government is in their possession

Also speaking, the family spokesman, who is also a human right activist in Oyo, Mr Muftau Zakariyah said the similar landed property was demolished by Oyo state government at Akinyele saying prior notice was given the family before embarking on the demolition

It also gathered that the demolition had prompted shop owners on the land to remove their temporary shops.

Scavengers also use the opportunity to pick wastes on the site though security personnel were on ground, and as at the time of filing this report, no officials of the state ministry of housing were noticed.

The Tegbe Touch: Celebrating A Statesman