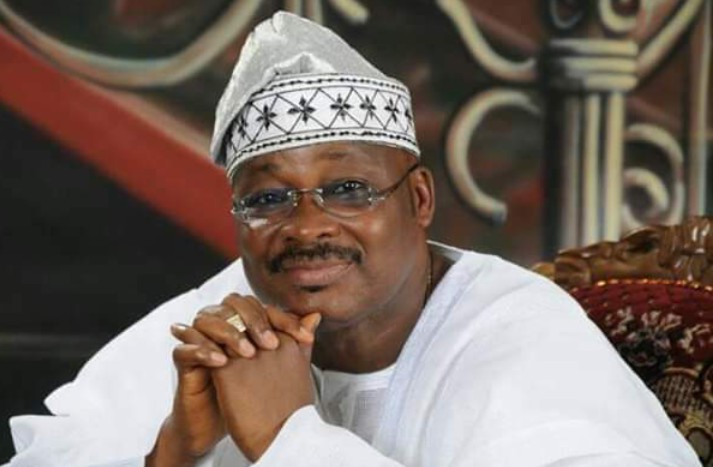 Oyo State Governor, Senator Abiola Ajimobi, has condemned the pockets of violence that characterized Saturday’s election, which led to the death of a member of the House of Representatives, Hon. Temitope Olatoye, and others, as highly depressing and regrettable.

This is as Peoples Democratic Party (PDP) governorship candidate in the state, Seyi Makinde, has maintained lead in the election.
In a statement by his Special Adviser, Communication and Strategy, Mr Bolaji Tunji, on Sunday, the governor said he was saddened by the turn of events, which he said was antithetical to the pervading peace in the state.

He said that the desperation and do-or-die that attended the election was uncalled for since the candidates in the governorship and Assembly election were in the race to serve the people and not themselves.

Commiserating with the families of Olatoye and others who reportedly lost their lives in the election, the governor assured the citizens that the perpetrators would be brought to justice irrespective of their political affiliation and status.

The governor warned that the state government would not allow any individual or group to truncate the had-fought peace and security that the state had enjoyed in the last eight years.

Ajimobi said, “I’m greatly saddened by the pockets of violence that attended yesterday’s (Saturday) election; although the circumstances surrounding the violence and loss of lives are still hazy. It is heartrending that Hon Olatoye and others had to die because of election.

“Nobody’s ambition should be worth the blood or life of any citizen. I’m, therefore, appalled that some unscrupulous politicians and their followers have turned this contest into a do-or-die affair, which is alien to democratic norms in saner climes.

“We struggled hard for this democracy, and for it to be entrenched we must eschew every act of bitterness, desperation and foul play during elections. In life, you win some contests and you lose some. If we imbibe this philosophy, we will take every victory and defeat with equal measure of equanimity.

“I have been in regular touch with all the security agencies since yesterday and they have assured me that the situation had been brought under control. May I use this opportunity to implore them to redouble their efforts and ensure the safety of lives and property going forward.”

The governor condoled with the families of Olatoye and others that lost their lives to Saturday’s skirmishes and prayed for the repose of their soul.

Ajimobi enjoined citizens of the state to be law abiding and to go about their lawful activities without fear of molestation, warning those spreading rumours of renewed violence within the city to desist from such unpatriotic act.