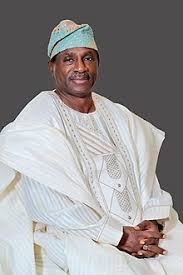 In the last few days, the idea of coalition was midwifed by some opposition parties to rescue Oyo State, and its people, from the claws of oppression and injustice, and to restore their pride, progress and prosperity;

It is a statement of facts that Oyo state citizens in the past eight years have been subjected to untold hardship through the maladministration of the ruling All Progressives Congress (APC); whose actions and inactions, has ensured dividends of democracy is alien to our people;

Though a tough decision, considering the human and material resources, as well as time, already expended in pursuance of my governorship bid, not minding the contacts and tours already made to the 33 local governments of the state, it is my firm belief, that no sacrifice is too much, in the total liberation of our state from the clutches of godfathers and capitalists headquartered outside Oyo State, and its subsequent return to the masses of our people;

This decision, without doubt, is in the interest of our state, our people, and the continued progress of our land;

It is to be noted however, that though I have willingly decided to forgo my governorship ambition in the interest of posterity and service, let me add, that all House of Assembly candidates on the platform of our party, the African Democratic Congress (ADC), retain my total support, and are still contesting to win their various constituencies, as this alliance is totally for the purposes of securing the governorship;

Finally, therefore, I implore all my loyalists, supporters, friends, and well wishers, as well as members of the Oyo ADC to vote Engr Seyi Makinde of the PDP as Oyo State governor on Saturday, 9 March, 2019, and House of Assembly candidates for ADC in the 32 constituencies of Oyo State.

LET’S MOVE FORWARD….LET’ MOVE TO THE NEXT LEVEL – Adesoji Eniade