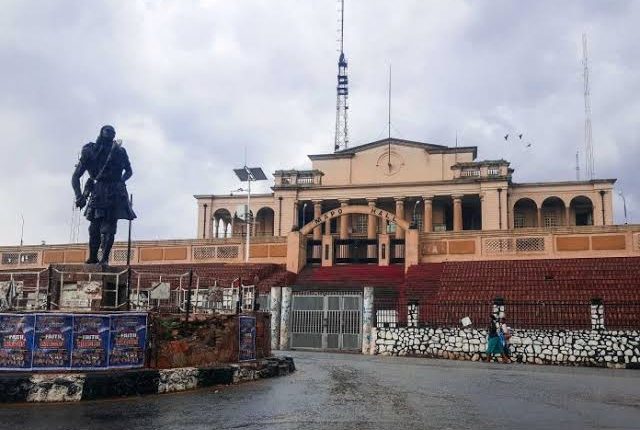 An Ibadan Youth group, ” Ibadan Youth for Even Development ( IBfED ) has said the establishment of self-belief and power-drunk by Oyo PDP, its leaders, and members will cost the party the deserved victory in 2023.

Ibadan Youth for Even Development in a message used to hint the state governor, Seyi Makinde who is seeking a second term and his party, fielding candidates in several elective positions in the state said Makinde and his party have done well enough to rule the state till 2027 but, undemocratic leadership and overbearing attitude of the party leadership has already created damages that will befall the party come 20223.

IBfED said if only PDP leaders could go back to the political memory line, it will be easier for them to know why it took the party a good eight years to come back to power in Oyo state, even when not deserved if not a coalition.

The youth group in their message said, aside from naively conceding some local governments to the opposition in 2023 added that the Oyo PDP will not only lose Ibadan North local government, especially in constituency 1 but will also be by a wide margin because the party decided to give merit to the unmerited person.

According to IBfED, ” Thou, our Statement might be bitter to swallow but, it will be on record that, our group, ” Ibadan Youth for Even Development” ( IBfED ), at a time notified governor Makinde and Oyo PDP on how self believe, overconfidence will cost the party victory in 2023 general election.

” As a group of youth of Ibadan indigenes, seeking the development of our dear city, it has been noticed that our silence in some political activities will cause more damage and retrogress in Ibadan if not involved.

” It is our wish to enjoy governor Makinde’s administration till 2027 because he deserves to be re-elected, but not only our group, majority of people have seen that PDP are too much of confidence that, its reelection is 100%, not considering the interest of the residents of the state, especially Ibadan people.

Even, not minding the overhyping of the party on social media, it has been seen that governor Seyi Makinde and the party stakeholders have neglected many election-winning factors rather than decided to do things, select who to get party tickets as it pleases them.

Aside from many errors committed in Oke Ogun, it has been noticed that the party through its leaders also, gave the party tickets to the highest bidders in the Ibadan zone, not considering other factors, a typical example is Ibadan North constituency 1, where the incumbent lawmaker who is agreed to be a credible person with an outstanding record won the party primaries for state assembly but was substituted with an aspirant who already accepted defeat at the venue of the primary after it was concluded.

The Ibadan North constituency 1 primary election, having certified with the process, was agreed to have won by the incumbent, Hon. Folajimi Oyekunle but the self-centered and pay-as-you-go leaders are adamant in substituting the name of the winner for the second runner-up.

The shameful undemocratic actions by Oyo PDP not only happened in Ibadan North, it almost everywhere, Oluyole local government is also a case study, where a certain aspirant was forced on other aspirants.

This remains worrisome as the supposed party in government and the major opposition party regardless of the advocacy and engagement by the governor of the masses in Oyo states, Engr. Seyi Makinde towards ensuring the party promote fairness and integrity of candidacy emergence closed their political space by imposing an unpopular candidate at the detriment of the party’s choice, stealing a mandate she never deserves.

As of today, if the likes of Hon. Folajimi Oyekunle and other aspirants’ political rights are denied with no apology made, to them and the public, then, should be is believed Oyo PDP is going into the 2023 election with an ulterior motive because the overconfidence has set up the election for the party to lose.

Why I Returned $4,050 To Passenger – Oyo-born Bolt Driver

Ramadan : Your Prayers Will Continue To Make Oyo Peaceful,…

Just In : PDP NEC To Hold An Emergency Meeting Today In…