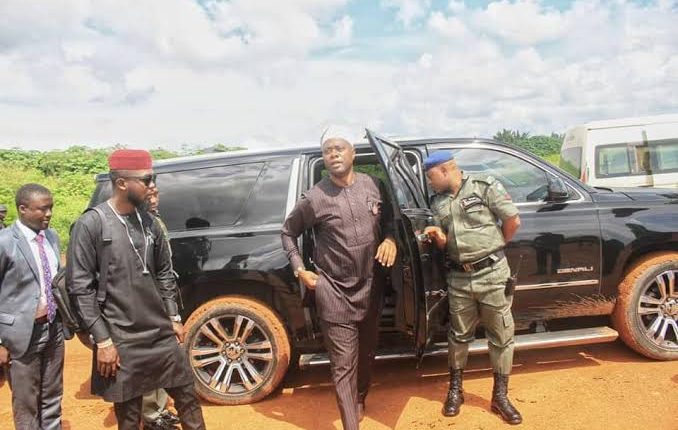 The convoy of the Oyo State Governor, Seyi Makinde, was not involved in the accident that led to the death of a girl during the local government election campaign in Ogbomoso on Thursday, the Chief Press Secretary to the governor, Mr. Taiwo Adisa, has said.

Adisa, who expressed the governor’s condolence to the family of the deceased child, said that contrary to the unverified news story alleging the killing of the child by a vehicle in the convoy of the Oyo State governor, the girl was killed by a Toyota Matrix car.

According to the governor’s aide, the vehicle was said to have lost control after its front tyres burst while in motion, close to the venue of the People’s Democratic Party (PDP) rally.

Adisa said the governor’s convoy had arrived at the Oja-gbo Town Hall, venue of the rally, with the governor and his entourage settled in, adding that it was while the programme was ongoing that some residents stormed the venue of the event with the body of the child.

He maintained that it was common knowledge that Toyota Matrix vehicles are not part of any governor’s convoy in Nigeria, saying: “While we await further details on the identity of the driver of the ill-fated car from security agencies, the people of Ogbomoso should remain calm and be assured that the government will get to the root of this matter.”

The governor’s aide warned against false and sensational journalism, stating that though Makinde commiserated with the family of the deceased, because he values all lives and would never want any life lost under any circumstance, negative elements in the society should not smear him with falsehood over the death of the child.

The Polytechnic Ibadan Is 50