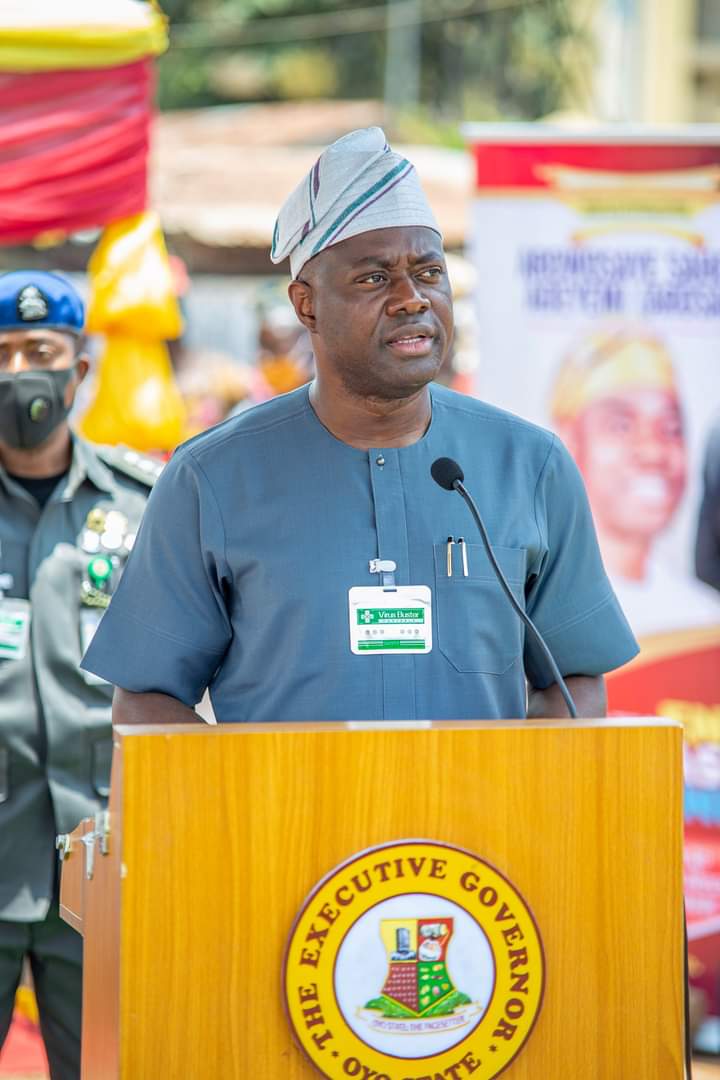 Makinde Flags Off N781.7m Reconstruction Of Akesan Market In Oyo

Gov. Seyi Makinde of Oyo State on Wednesday flagged off the reconstruction of the Akesan market in Oyo town which was razed by an inferno on the 5th of January.

The News Agency of Nigeria(NAN) reports that the project would gulp N781.7 million.

Makinde had visited the ancient town on Jan 8 to commiserate with the traders in the market.

He also promised to compensate the traders for the losses suffered as well as rebuild the market.

In his remarks, while flagging off the project on Wednesday, the governor noted that Akesan market had been in existence for 400 years, adding that “no one in recent history could have anticipated that something like this would happen.”

“What that means is that no one even planned for a fire. So, one of the things we are doing now is to put things in place to make sure that should there be a fire in the future it will not be as devastating as this last one was,” Makinde said.

“The first phase of reconstruction which involves 352 lockup shops, a police post, 12 units of toilets, an administrative block and good road network will take six months to be completed.

The governor, who dismissed reports that he engaged a non-indigenous contractor for the project, said that Mortayus Nig. Ltd that would handle the project was from Oyo town.

The Caretaker Chairman of Oyo East Local Government Council, Mr Saheed Adeyemi, commended Makinde for fulfilling the promise he made when the market was burnt.

In his remarks, the Alaafin of Oyo, Oba Lamidi Adeyemi, said the founding fathers of Akesan market in Oyo empire, knew the importance of markets in the economic development of the polity.

Adeyemi commended Makinde’s administration for acting promptly to ameliorate the plight of the traders that lost their means of livelihood.

He urged the traders to be honest in their dealings, warning them to refrain from what could cause a recurrence of the inferno.

Alaafin, MKO, Afe Babalola And The Installation Of Are Ona…