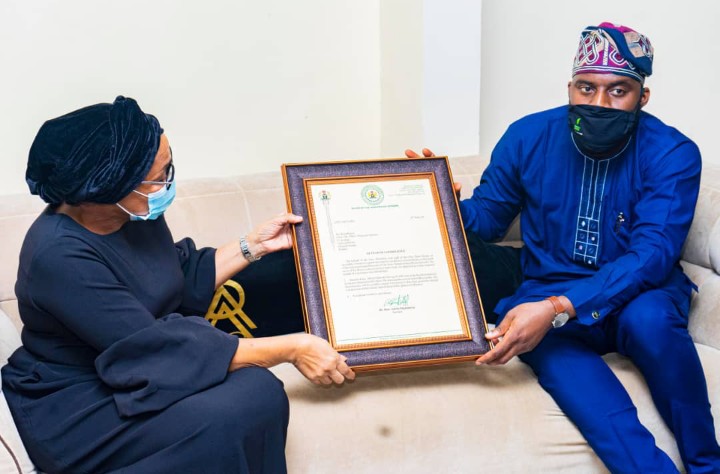 Oyo state House of Assembly Speaker, Rt. Hon. Adebo Ogundoyin led members of the State of Assembly on a condolence visit to the Ajimobi family.

Speaking at the Oluyole GRA residence of the Sen. Ajimobi, Ogundoyin noted that Ajimobi is a Statesman with outstanding wisdom and intelligence, which gave him edge in governing the State and contributing to the nation’s politics.

He said, “As the helmsman of the State, the late Governor Ajimobi embarked on several infrastructural development across the State.

“He was an amiable and humorous personality, and his positive impact on so many lives especially his political associates are evident.

“The Honourable Members, Staff of the Oyo State House of Assembly sympathize with Her Excellency, Mrs Florence Ajimobi, the Children, entire Ajimobi family of Oja’ba in Ibadan, Political allies, Friends and the entire People of Oyo State on this irreparable loss.