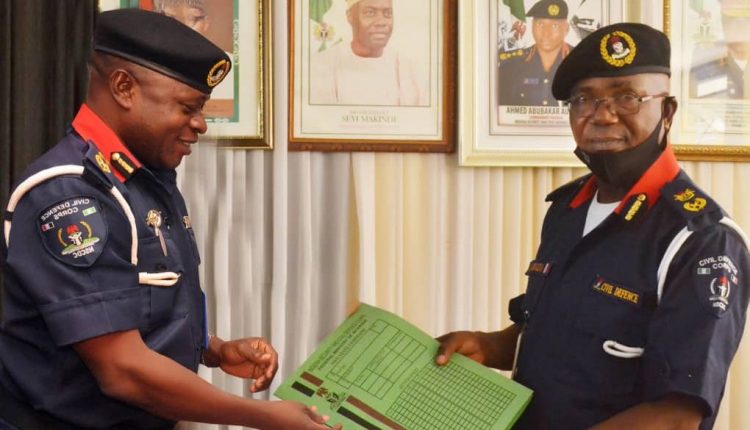 The newly posted commandant, Mr. Adaralewa Michael Akintayo takes over from Commandant Iskilu Abiodun Akinsanya who has been redeployed to Delta State Command as their new commandant after an active and memorable one year and ten months in Oyo State.

Commandant Akinsanya expressed his appreciation to the government and good people of Oyo State for the encouragement given to him and appeal to them to stretch the same hand of fellowship to his successor.

Meanwhile, after he inspected the quarter guards, met with all heads of Department and Units where he enjoined them to be disciplined and dedicated to duty especially in their commitment towards riding the state of all forms of criminality to engender peace and tranquility.

Commandant Adaralewa Michael was formerly Commandant Chemical Biological Radiological and Nuclear Department at the National Headquarters before his redeployment to Oyo Command.

He is an educator in CBRNE Emergency Response, detection and response, providing training and motivation for front-line officers.