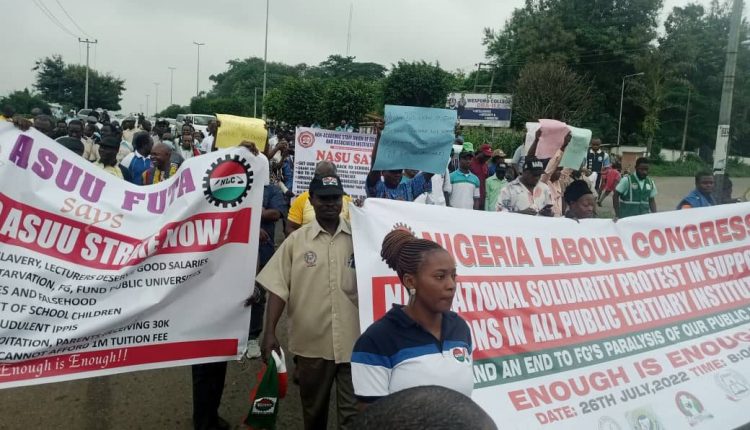 by Nigeria Labour Congress, NLC, in solidarity with the Academic Staff Union of Universities, ASUU is ongoing at Oyo state secretariat, Ibadan.

The protesters who carried placards with various inscriptions were guarded by security operatives to forestall break down of law and order.

According to NLC, the protest show its solidarity with striking workers in the public tertiary education sector in the country, and also to lend its voice to the call on the Federal government to speedily resolve the ongoing strike, the Nigeria Labour Congress (NLC) and its affiliate unions, directed its members to hold nationwide protests on Tuesday and Wednesday.

“the Iaissez-faire attitude of the government to the lingering industrial action in Nigeria’s Universities, Polytechnics, Colleges of Education and Research Institutions especially the recent activation of “no work no pay” policy on striking university workers.”