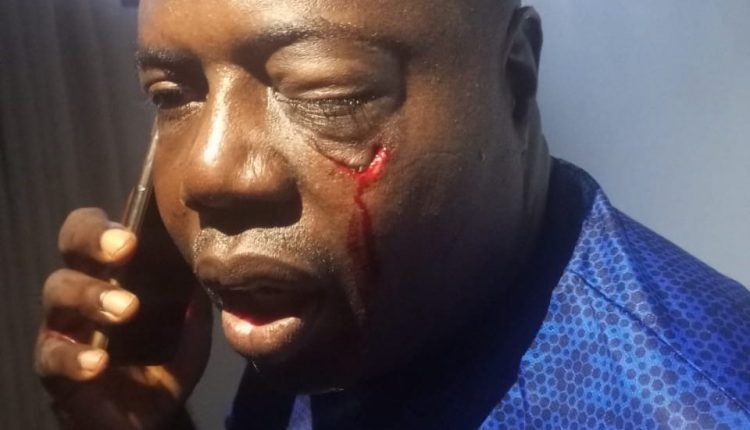 The Chairman was inflicted with injuries on his face and other parts of his body and was rushed to the hospital by the General Manager of the Sports Council, Mr. Gboyega Makinde, and other officials of the council.

According to the Chairman, he was trying to prevent the angry football lovers from attacking 3SC Players in the dressing room when the hoodlums descended on him.

A statement by Tunde Ajibike, who is the Director of Media and Communications of the Sports Council says that the attackers attempted to vandalize the stadium by throwing chairs and stones at the Staff of the sports council that was persuading them to desist from the willful and malicious destruction of facilities at the stadium.
The attackers escaped before the intervention of the law enforcement agents.

The incident has been reported to the police.

Shooting Stars Sports Club of Ibadan had earlier played a 1-1 draw with MFM in one of the NPFL week 29 matches.