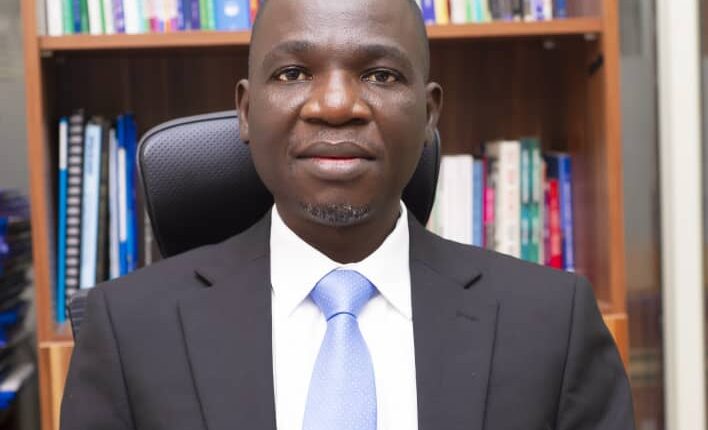 INTERVIEW: My Career As Political Scientist And How Path Crossed With Governor Makinde – Dr. Ogundiwin

Dr. Aaron Ola Ogundiwin is a lecturer in the Department of Political Science, Babcock University, Ilishan-Remo, Ogun State. In this interview, he speaks about his career as a lecturer, how is path crossed with Governor Seyi Makinde of Oyo State and the 2019 general elections. Excerpts.,..

Can we meet you?

I am Aaron Ola Ogundiwin, a Political Scientist, Associate Professor in Political Science. I am Owu, from Ita-Bale Olugbode, Ibadan. My less-city is Owobale in ward 3, Egbeda Local Government. I have been a university lecturer for close to 20 years.

What is your general assessment of Oyo State government?

If you mean the assessment of this new government since 2019, I would not know where to begin especially, when I assess it against the prevailing circumstances of Covid-19 pandemic and economic recession that has greeted the current first term. I would say without equivocation that it has been of legendary, non-partisan fulfilment of electioneering promises across the state.

Who is HE Engr. Seyi Makinde to you and are you related?

I really don’t know why you asked that question. His Excellency is my brother with whom I don’t share any biological consanguinity and I don’t think one needs to be biologically related to be brothers or sisters. It is a function of values, moral code and belief system.

So you are loyal to Makinde?

Ah, there you are! There are many Makindes in this world but I am loyal to values, kindness, truth, good leadership and providence and as journalists you know who embodies those virtues in Oyo State today.

You seem to be speaking in parables. Did you support Engr. Makinde’s election and why?

Yes, I supported his election 100% by educating and mobilizing youths who for over two decades have been following my family and I as their non-partisan opinion leaders across wards in my local government. My ward (ward 3) alone has 41 villages where we hold sway except when we elect to remain silent as a matter of principle. And to your second question, why? You know I am an educated citizen by the grace of God with BSc., MSc., and Ph.D in Political Science. Why wouldn’t I support a man who has a name to protect, a family to respect, a religion to honour, a leader first before becoming a politician and, a man of verifiable sources of income? Who else would you support?

So he bankrolled your campaign for him?

You see! That is a big problem we have in Nigeria today. Everything is reduced to money and what you hope to benefit personally rather than looking at the bigger picture which is providence. As a principle, we don’t take money in the family I belong in order to go the way God through our conscience, leads us. The first time I saw Engr. Makinde was in 2014 when he came to Babcock University to attend Ph.D graduation ceremony of one of the political leaders in Oyo State. I was with that leader when he came in company of another brother whom I later discovered to be brother Peter Eledan whose elder brother, Moses Eledan, all have perfect taste of what good governance is and should be. If you encounter these two brothers, you will know that their friendship with Governor Seyi Makinde is prototypical of the one that existed between Jonathan and Joseph in the Bible. The second time I met him (now as His Excellency) was in December 25, 2020 when he attended the 80th birthday ceremony of Pa Jacob Adetoro of Igbeti. I was in church on that day as the State Coordinator of our group, following the directive of the Convener of the group, Mr Moses Eledan, when HE Engr. Makinde came to worship in thanksgiving with Pa Adetoro, while the third time was at the 2021-2022 budget meeting. At what point did he bankroll our campaign for him? He did not need to.

Penultimate the 2019 election? I was the first in our group to say on our LinkedIn that we MUST not ask or wait for money before and after mobilizing support for HE’s emergence, because I had the premonition that the state has good governance to reap. I am always happy because our choice is not wrong. I asked our members to be more active offline, to go to their wards to sensitize electorate towards the positive change I personally saw GSM was bringing the way of Oyo State. So in terms of educating and mobilizing electorate for GSM, I can beat my chest that I worked the most among my colleagues in my domain and this is a fact that can be checked.

Are you proud of what you did and what rewards can you show for it?

Ah, I am very proud of my decision and my efforts! But first of all, kudos must be given to the Convener of our group and his brother for their leadership. If your motivation for doing what you are doing is not selfish and God blesses your efforts with public goods, you cannot but be daily full of praise to God. GSM has completed 200 Primary Health Care Centres out of 351 in each electoral wards (my ward is one of the first to benefit) in the state, he has linked Oke-Ogun, Ogbomosho and Oyo and its environs with road networks to make transportation and vehicular movement across the zones of Oyo State effortless, he is fixing inner and feeder roads in the city of Ibadan, he has completed well over 300 projects in education sector including but not limited to, the construction of 26 model schools, renovation of over 132 classrooms, the construction 87 classrooms and installation of over 50 boreholes to make learning worth the while for the teaming population of pupils and students across public and private schools in the state, the inherited over 272, 000 out-of-school children has been brought back to classrooms in such a speed of light that that population has been reduced to less than 20%. In my entire life, no administration has been so functional, humane, frugal and accountable as to keep me glued, counting and losing counts of its achievements in less than three years as GSM administration. Free education from primary through secondary school, recruitments competent teachers, 35% reduction of what private schools pay to the state, promotion of teachers to the peak of their careers, bursary award to 233 Law School students as at my last count, reinstatement of 129 school teachers unjustly sacked by the former administration, full state-ownership of LAUTCH, Ogbomosho, with N500 million take-off grant released for its Iseyin Campus, payment of pensions and gratuities of retirees, prompt payment of workers’ monthly salaries and allowances plus 13th month salaries. Why shouldn’t I be proud of what we did in our own little corners to support GSM’s emergence? Is it the wonders in agribusiness and the training and support for thousands of youths who desire to be self-reliant and creator of jobs that one shouldn’t be proud of? Or the innovation and commitment GSM has brought to the security of the state that one shouldn’t glorify God for? What of GSM zero tolerance for corruption? Or justice, fairness, equity he has brought to bureaucracy of the state? What of the appointment of the like mind, ageless, forward-looking and equally passionate lover of the state, Barr. Adebayo Adeleke Lawal as the Deputy Governor? Shouldn’t we be proud of GSM’s native intelligence, respect for royal authority, the appointment of Olubadan of Ibadan Land and his religious tolerance that has endeared His Eminence, Alhaji Sa’ad Abubakar III, the Saultan of Sokoto and the President, Christian Association of Nigeria (CAN), His Eminence, Rev. Dr. Supo Ayokunle to HE Engr. Seyi Makinde, such that they both visited him?

But the opposition don’t see things the same way you are painting the pictures. What if they take you up on this?

You know that I am not a politician, right?

I don’t know who the opposition are. Maybe you mean those who want GSM to release the capital expenditures to them so that Oyo state can go to the never-satisfy grave that their stomach represents. Or those who want him to give them the recurrent expenditures so that workers can work for 11 months without salaries like it happened in the recent past. Ask them for one thing, just one thing GSM is not doing right that they want to correct, and they go gaslighting. I like the words you used in your question: “don’t see.” The blind don’t see except the Lord restores their sight by miracle. So those you refer to as opposition; I shouldn’t see them as opposition because, opposition in democratic studies has its useful place. We should call them, as far as the state is concerned now, the unrepentant enemies of good governance. And because they have chosen blindness for themselves, blind will they remain until their sophistries and shenanigans become ineffably ineffectual to mislead the vulnerable voters.