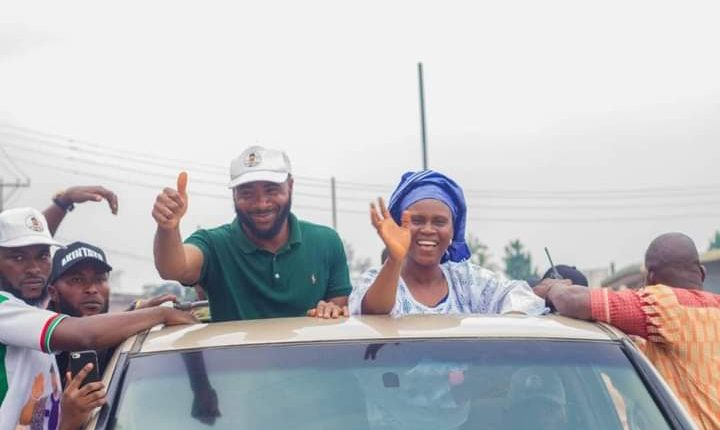 The party chairman of Ibadan Northeast local government, Mr. Abuye Fatokun, while presenting the chairmanship standard bearer and his vice, Hon. Ibrahim Akintayo and Mrs Mary Osimeh to party supporters, at Basorun Main Market, venue of the flag off, said that, Akintayo and Osimeh are the best to ensure community development as well as create and improve social amenities in communities within the council area if elected.

Abuye urged party members to begin sensitizing residents on the need to vote for Hon. Akintayo, also explained the need to mobilize voters on the day of the election, so as to ensure the party wins the  local government election.

Speaking at the flag off event, the chairmanship candidate, Hon. Ibrahim Akintayo commended the state governor, Seyi Makinde for his political leadership and the local government party leaders and chieftains for their  unrelenting supports with entrusting him with the chairmanship ticket, called on all party members in Ibadan Northeast local government to continue to campaign for the party ahead of the council poll, stated that, victory is sure if everyone works as one team.

Just In : PDP NEC To Hold An Emergency Meeting Today In Abuja

Semih Alao Decamps To APC With Thousands Of ZLP Members in…

You Have Three Months To Deliver Works That Commensurate…