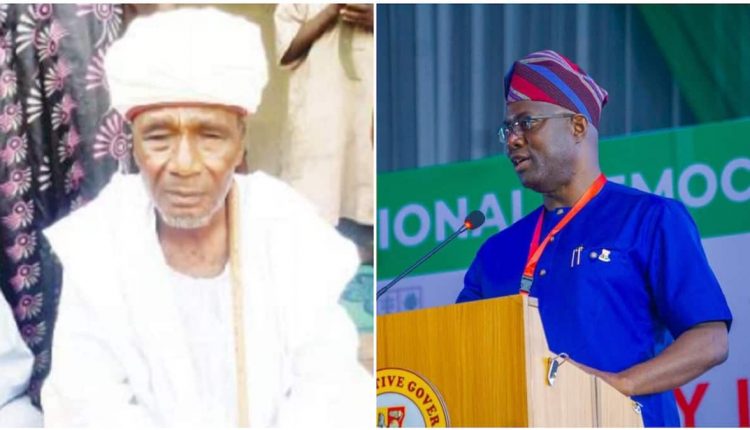 Ibadan King’ Of Blind Beggars Thanks Makinde For Relocation, Urges To Build Separate Rooms For Him, Other Polygamous Men In The Centre

Days after Governor Seyi Makinde ordered the relocation of beggars from the Sabo area of Ibadan to a newly built Akinyele resettlement centre, Alhaji Ibrahim Mohammed, described as the ‘king’ of the blind in Oyo state, has spoken on the state of the new abode.

In an exclusive interview with Nigerian Tribune, Alhaji Mohammed who has three wives and “plenty children” expressed gratitude to Governor Makinde for the gesture.

Nevertheless, he also highlighted some important concerns that he wants the Oyo governor to address.

Alhaji Mohammed said he is very happy about the new place, adding that his people are very grateful to Governor Makinde. His words as translated by the newspaper: “This place is good and better, compared to where we were staying before. It has facilities which have made life easier for us. We are appreciative of the kindness demonstrated by the governor.”

The new place, according to him, has water from the boreholes, health centre, toilets and solar power. Impressively, the state government is taking care of the feeding of the over 3,000 beggars in the centre, according to Alhaji Mohammed.

With three wives and many children, Alhaji Mohammed urged Governor Makinde to build separate rooms for him and other polygamous men in the centre. He said: “As a married man, it is not ideal and appropriate for me to be sleeping in a general room with my wives.

“So, I am imploring the governor to help us construct rooms for married couples among us.” School and electricity Though solar power has been provided, Alhaji Mohammed also wants the new centre to be connected with the public electricity facilities to serve as an alternative source. He also urged the state government to build a school in the centre for the children.