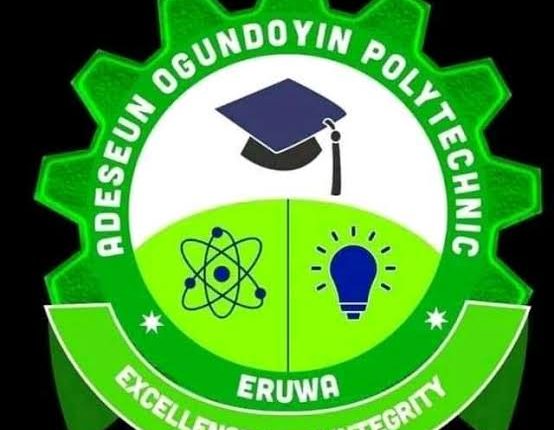 Eruwa Poly Clears Air On Results Falsification Allegation, Says Accuser Is The One With Questionable Character

The Adeseun Ogundoyin Polytechnic, Eruwa has reacted to a statement made by one Mr. Jolaoso Ayomipo, who accused the department of Public Administration of the institution of falsifying results for students.

The school management described Mr. Jolaoso Ayomipo as former staff of the institution who considered tarnishing the image of the school when he was curbed of illicit acts.

It was stated that,  Ayomipo’s contract was terminated in 2019 when the institution deem fit not to continue to condone his illegal activities.

RE: REPORT ON FALSIFICATION OF RESULT BY DEPARTMENT OF PUBLIC ADMINISTRATION OF THE ADESEUN OGUNDOYIN POLYTECHNIC, ERUWA

We write in reaction to the above online publication by one Jolaoso, Ayomipo Opeyemi.  Ordinarily, we would have opted not to dignify the writ-up with a rejoinder, considering the personality of the writer as evidenced in his inglorious antecedents while in the Part-time   service of our Institution.  However, to clear the air on the false and propagandist accusations smeared on the name of our Institution whose motto is Excellence with Integrity, we feel compelled to make the following clarifications:

i) Mr. Jolaoso Ayomipo was originally brought in as the Personal Assistant to the former rector, Mr. I. Eyitayo, his uncle.

ii) The former Rector, who brought him to the Institution as a Personal Assistant became tired of his excesses bordering on intransigence, incorrigibility and flagrant disregards for constituted authority, and therefore controversially posted him out to an academic department (Public Administration) as a Coordinator in 2017.

iii) His tenure as coordinator was characterized with moral and financial concerns so much that he was officially directed to refund the sum of Ninety Thousand naira (N90,000.00) to the students’ association account.  He declined.

vi. Based on the foregoing, the unfavorable confidential reports received on Josolaso Ayomipo were too grievous to be discountenanced, and as such, his appointment could not be renewed beyond December, 2019.  Therefore, he only served the Department between 2017 when he was posted out of Rectory and December 31, 2019.

v. On the allegation of being owed N75,000.00.   It should be noted that Jolaoso Ayomipo   was not the only one involved as other Part-Time workers in that category are equally being owed.

vi. It is impudent, anachronistic and indecorous that Jolaso Ayomipo could publicly own up that students’ scores, which ought to have been turned  in for further processing two years ago are still with him.  It clearly shows an act of selfishness, wickedness, recklessness and lawlessness. And that is with the intent of stirring up students whose fate would have been hanging in the balance; thereby causing disaffection and destabilization in the system to which peace was just retuning.

vii. In the interest of the affected students, and peace on campus, the Board of Studies, The Institution Highest Academic Body approved other academic means of assessing the students concerned in the said courses.

viii For  the past two weeks, the cheque in respect of the claimed N75,000.00 has been lying in the Institution Bursary for him to collect.  Despite having been duly communicated over this, he has refused to come to the Institution to pick the cheque. The real intention of Jolaoso Ayomipo Opeyemi to destabilize the system is becoming more and more manifest to the discerning minds. And we are not unaware that he is acting some scripts of certain disgruntled elements within and outside the polytechnic system.

Just In : OYSIEC Begins Distribution Of Sensitive Materials To Councils