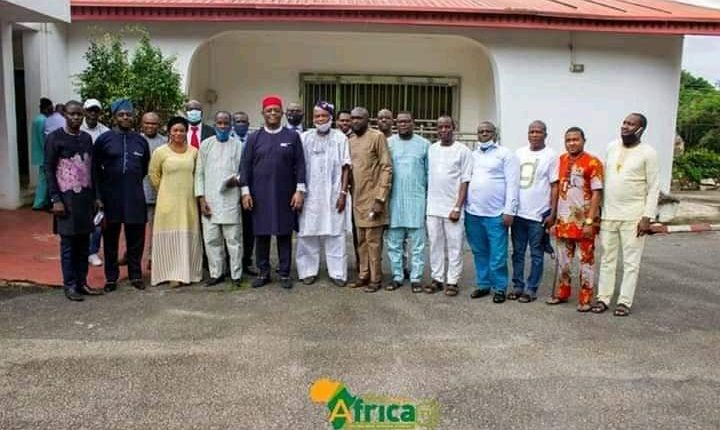 Some selected journalists in Ibadan, Oyo state on Sunday attended a press conference organized by the controversial former Aviation Minster, Femi Fani-Kayode, against the directive of the State chairman, Comrade Ademola Babalola.

Our correspondent learnt that many of the attendees of the event are close associate of the state chairman of the union.

Others are : NUJ zonal secretary and Osun Sate correspondent of the Sun Newspaper, Bamigbola Gbolagunte with other journalists from Osun state.

The event was said to have been cordinated by Adeyemi Akamo, who is also a kinsman of Fani-Kayode from Ife in Osum State.

Babalola claimed that, the union got a circular from NUJ national president, Chris Iziguso, instructed members not to attend FFK press conference.

He said, FFK remains blacklisted in the media industry in Nigeria until otherwise stated by the National Secretariat of the union in Abuja through a written document in the form of a memo, circular or stament to all State Councils.

NUJ made the directive in a solidarity defence of the estranged Daily Trust correspondent in Cross Rivers state, Charles Eyo, who was embarrassed by Fani Kayode during a press conference in Calaba following his question on the source of the fund for his tour in the PDP control southern states.

As at yesterday, Oyo NUJ position was very clear, that all members should boycott any press with Fani Kayode in the state.