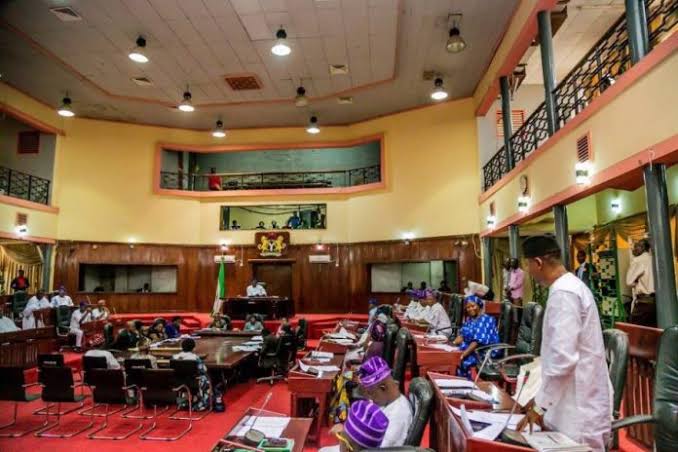 The Oyo state house of assembly has confirmed the nomination of Barrister Lateef Idowu Oyeleke as the new commissioner of Environment and Natural Resources.

westerndailynews reported that Oyeleke was nominated by Governor Seyi Makinde to fill the vacuum left created at the ministry of Environment and Natural Resources following the demise of the former commissioner, late Hon Kehinde Ayoola.

The Oyo PDP legal adviser whose name was forwarded to the state house of assembly last week by governor Seyi Makinde appeared before the house for screening on Tuesday 12th August as directed by the house during its last plenary sitting and has been during screened and confirmed.

Some of the lawmakers who gave various remarks applauded Oyeleke’s résumé noting that he is ably qualified and competent to head the ministry.

The commissioner nominee while reacting to a question from Hon Olawunmi Oladeji representing Ogbomoso North on what could be done to correct the idea of erecting kiosks along roads, covets, and outside school fences across the state explained that if confirmed as a commissioner, he will set up a taskforce with the approval of the governor to thoroughly access the situation on where they get approval for such erections before further actions will be taken.

The Speaker, Rt Hon Adebo Ogundoyin in his brief remark before the confirmation said that Barr Oyeleke has served the state and the party meritoriously in different capacities adding that the house had no doubt in his ability to deliver on his new responsibility and therefore, directed the commissioner nominee to take a bow and go.

I Didn’t Have Intentions Of Marrying Many Wives…