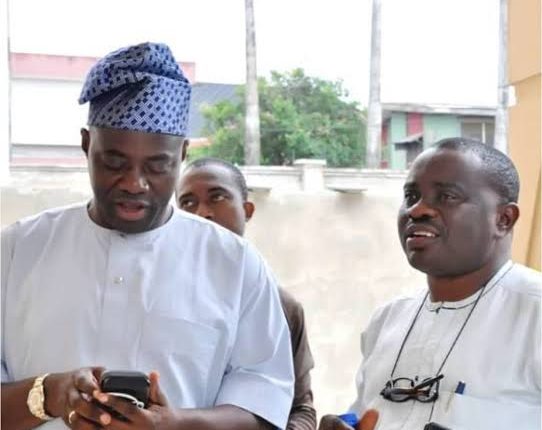 A pressure group in the Oyo State chapter of All Progressive Congress (APC); Oyo Must Be Great (OMG) has replied the Governor Makinde’s Press Secretary, Taiwo Adisa, over reckless comments made on the demolition of the BCOS staff quarters that, the government is doing that to increase the IGR of the state at the expense of destroying the developmental plans that have been designed for the virgin land and quarters in the said area.

The group, OMG, stated that; the coward press statement from the CPS Taiwo Adisa is an indication that, he lacks the native intelligence of modern governance and development as the government uses the creation of GRA to open up a virgin land located in a virgin area, as to expand the development of the state, and not for the self-serving one that characterized that of the Oyo state government.

The group convener, Hon. Ishola Akeem Adetoyese, notes that; “if we begin to question the sincerity of the demolition, Gov. Seyi Makinde’s eyes will be open that, he was surrounded by blinded aides as he has been cajoled to act wrongly at the hand of self-serving politicians who has nothing to gain than to dubiously acquire the land considering where it was located without minding the damn consequences on the governor.”

“It is even said that the governor can allow himself to be wrongly advised and went ahead to demolish  public property and give the land out for the riches to build houses at the expense of the underpay and suffering civil servants managing the quarters to save their face of burdening house renting outside the quarters.”

“Government should have been ‘economically meaningful’ to demolish the place and pave way for space to build more spacious and affordable housing units for the civil servants in the state. The population is getting more increased and the government is not looking at the need for more low and medium housing units for the state population. The government will even gain more popularity and acceptability from this than the social stratification he was trying to create for the few elites.”

“It is very obvious as well that; Governor Makinde is not having a good media aide that has the native intelligence of modern governance and the state politics. This is the time a good media aide of a governor will be out there to give public sensitization of government plan and correct the wrong impression of the public on the demolition rather than a self-glorifying CPS, Taiwo Adisa, who has not been doing any job other than abusing the state citizens and put the government in bad image.”

“It is even nauseating to be hearing from the governor’s CPS that; “the residents of the demolished quarters have been scheduled to receive palliative from the developer.” Then, the question to ask those in government will only be that, why do they always have the intention of taking away poor masses from those perceived to be rich?

Ladies Are Scared Of My Height – Cardoso Oluwatosin,…